Dr Simarro and his time 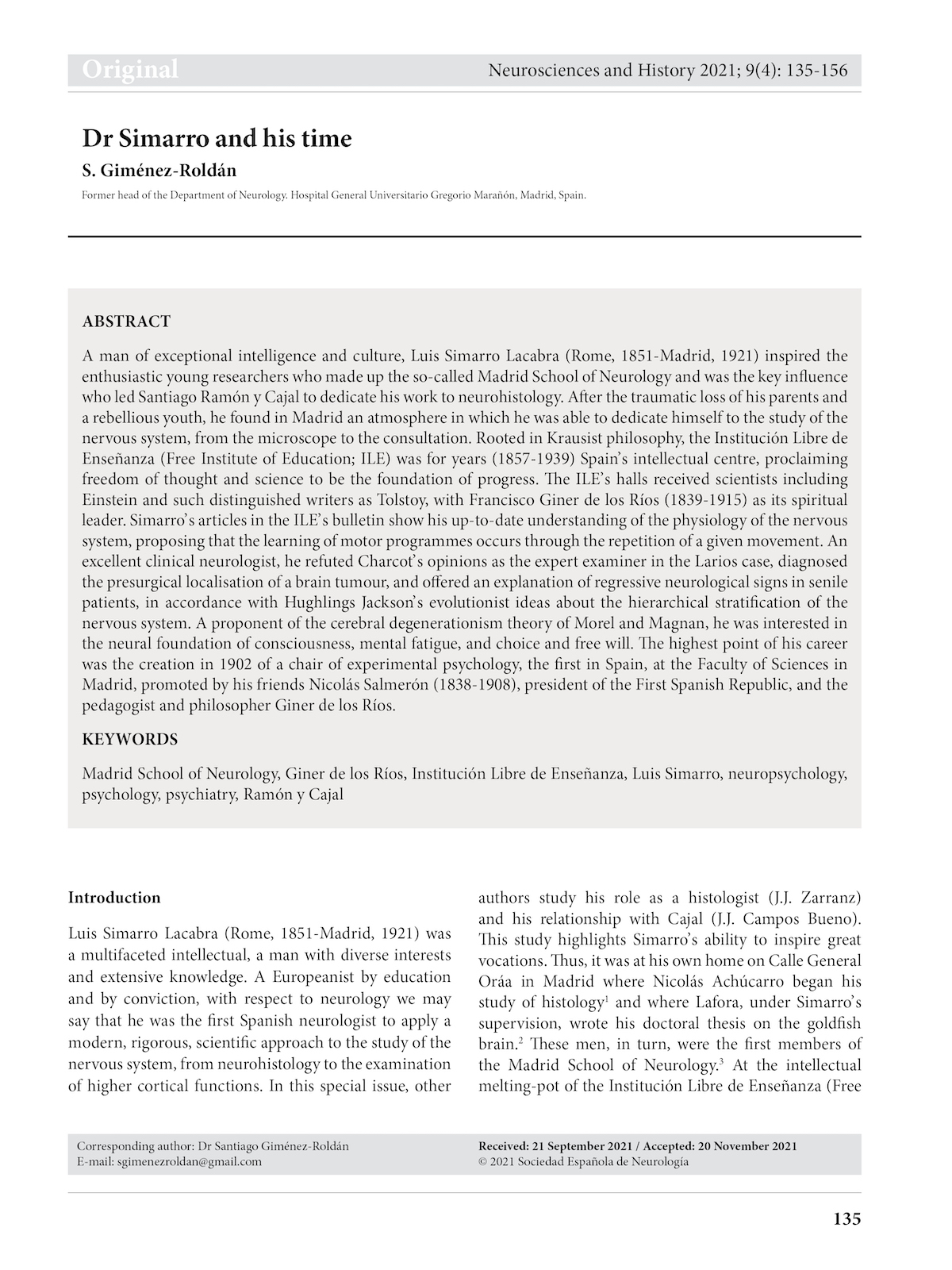 A man of exceptional intelligence and culture, Luis Simarro Lacabra (Rome, 1851-Madrid, 1921) inspired the enthusiastic young researchers who made up the so-called Madrid School of Neurology and was the key influence who led Santiago Ramón y Cajal to dedicate his work to neurohistology. After the traumatic loss of his parents and a rebellious youth, he found in Madrid an atmosphere in which he was able to dedicate himself to the study of the nervous system, from the microscope to the consultation. Rooted in Krausist philosophy, the Institución Libre de Enseñanza (Free Institute of Education; ILE) was for years (1857-1939) Spain’s intellectual centre, proclaiming freedom of thought and science to be the foundation of progress. The ILE’ s halls received scientists including Einstein and such distinguished writers as Tolstoy, with Francisco Giner de los Ríos (1839-1915) as its spiritual leader. Simarro’ s articles in the ILE’s bulletin show his up-to-date understanding of the physiology of the nervous system, proposing that the learning of motor programmes occurs through the repetition of a given movement. An excellent clinical neurologist, he refuted Charcot’ s opinions as the expert examiner in the Larios case, diagnosed the presurgical localisation of a brain tumour, and offered an explanation of regressive neurological signs in senile patients, in accordance with Hughlings Jackson’ s evolutionist ideas about the hierarchical stratification of the nervous system. A proponent of the cerebral degenerationism theory of Morel and Magnan, he was interested in the neural foundation of consciousness, mental fatigue, and choice and free will. The highest point of his career was the creation in 1902 of a chair of experimental psychology, the first in Spain, at the Faculty of Sciences in Madrid, promoted by his friends Nicolás Salmerón (1838-1908), president of the First Spanish Republic, and the pedagogist and philosopher Giner de los Ríos.