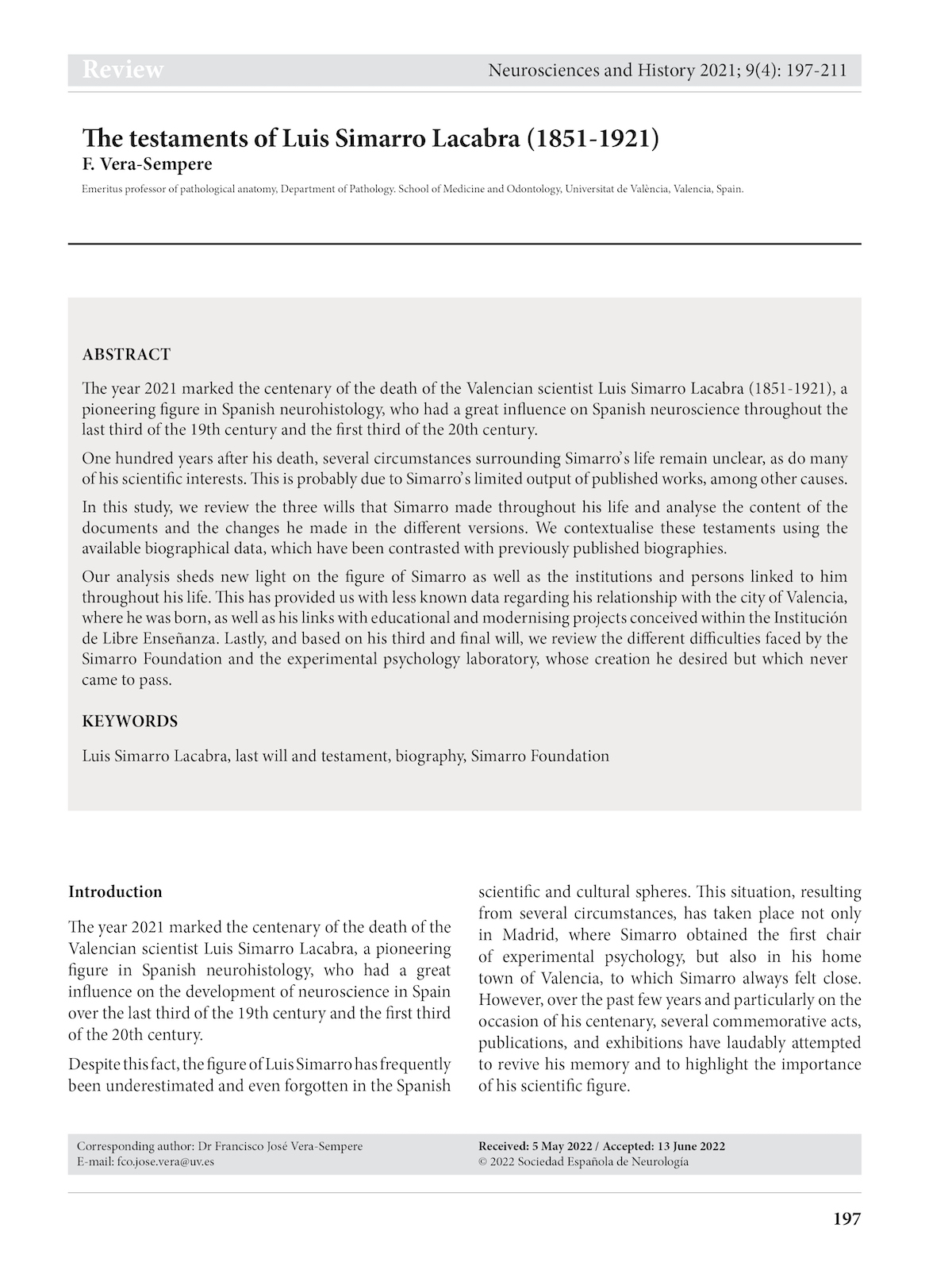 The year 2021 marked the centenary of the death of the Valencian scientist Luis Simarro Lacabra (1851-1921), a pioneering figure in Spanish neurohistology, who had a great influence on Spanish neuroscience throughout the last third of the 19th century and the first third of the 20th century.

One hundred years after his death, several circumstances surrounding Simarro’ s life remain unclear, as do many of his scientific interests. This is probably due to Simarro’s limited output of published works, among other causes.

In this study, we review the three wills that Simarro made throughout his life and analyse the content of the documents and the changes he made in the different versions. We contextualise these testaments using the available biographical data, which have been contrasted with previously published biographies.

Our analysis sheds new light on the figure of Simarro as well as the institutions and persons linked to him throughout his life. This has provided us with less known data regarding his relationship with the city of Valencia, where he was born, as well as his links with educational and modernising projects conceived within the Institución de Libre Enseñanza. Lastly, and based on his third and final will, we review the different difficulties faced by the Simarro Foundation and the experimental psychology laboratory, whose creation he desired but which never came to pass.