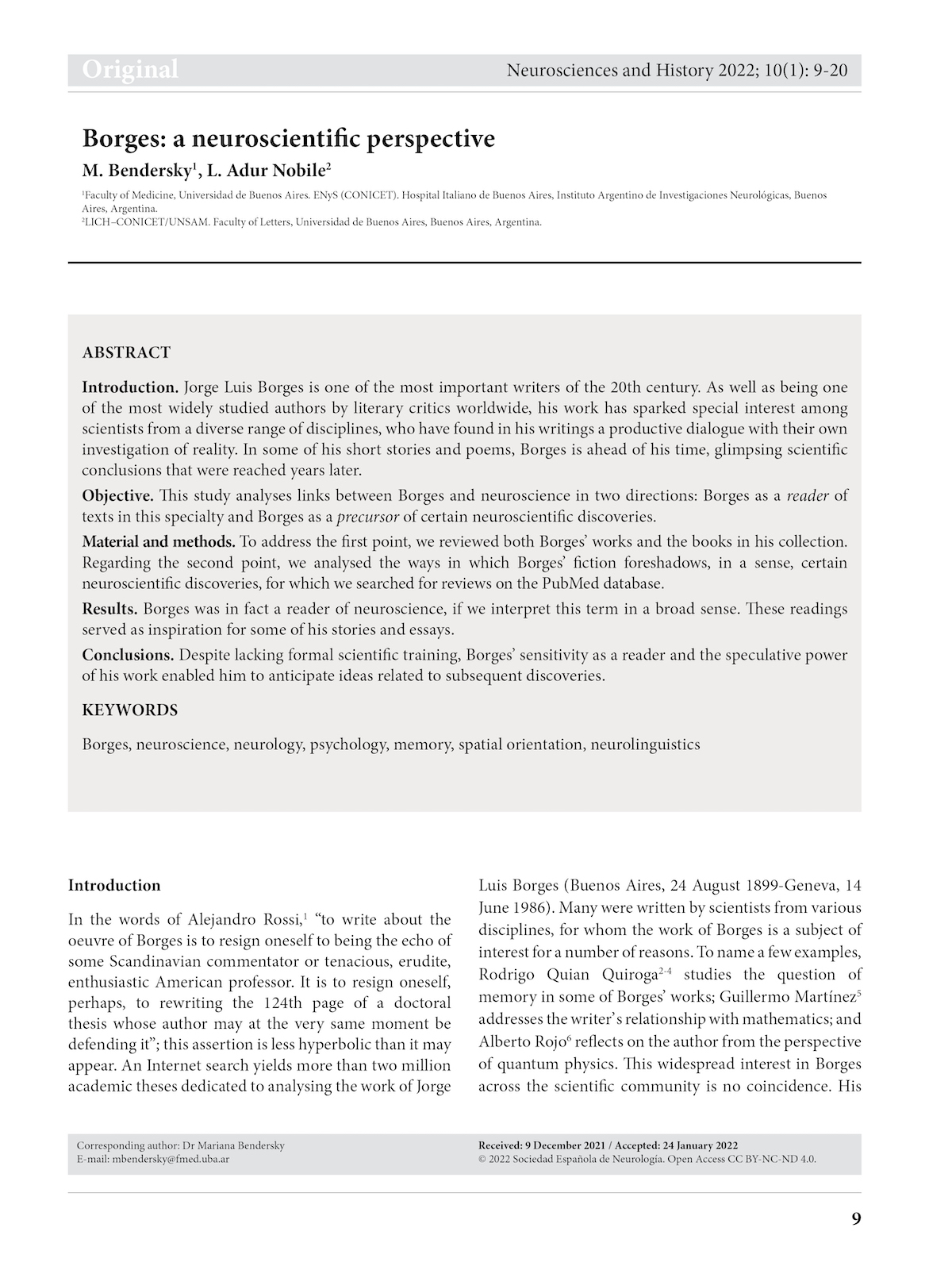 Introduction. Jorge Luis Borges is one of the most important writers of the 20th century. As well as being one of the most widely studied authors by literary critics worldwide, his work has sparked special interest among scientists from a diverse range of disciplines, who have found in his writings a productive dialogue with their own investigation of reality. In some of his short stories and poems, Borges is ahead of his time, glimpsing scientific conclusions that were reached years later.

Objective. This study analyses links between Borges and neuroscience in two directions: Borges as a reader of texts in this specialty and Borges as a precursor of certain neuroscientific discoveries.

Methodology. To address the first point, we reviewed both Borges’ works and the books in his collection. Regarding the second point, we analysed the ways in which Borges’ fiction foreshadows, in a sense, certain neuroscientific discoveries, for which we searched for reviews on the PubMed database.

Results. Borges was in fact a reader of neuroscience, if we interpret this term in a broad sense. These readings served as inspiration for some of his stories and essays.

Conclusions. Despite lacking formal scientific training, Borges’ sensitivity as a reader and the speculative power of his work enabled him to anticipate ideas related to subsequent discoveries.