Life and works of the neuroscientist Oleksandr Chernyakhivsky (1869-1939), the Ukrainian disciple of Cajal 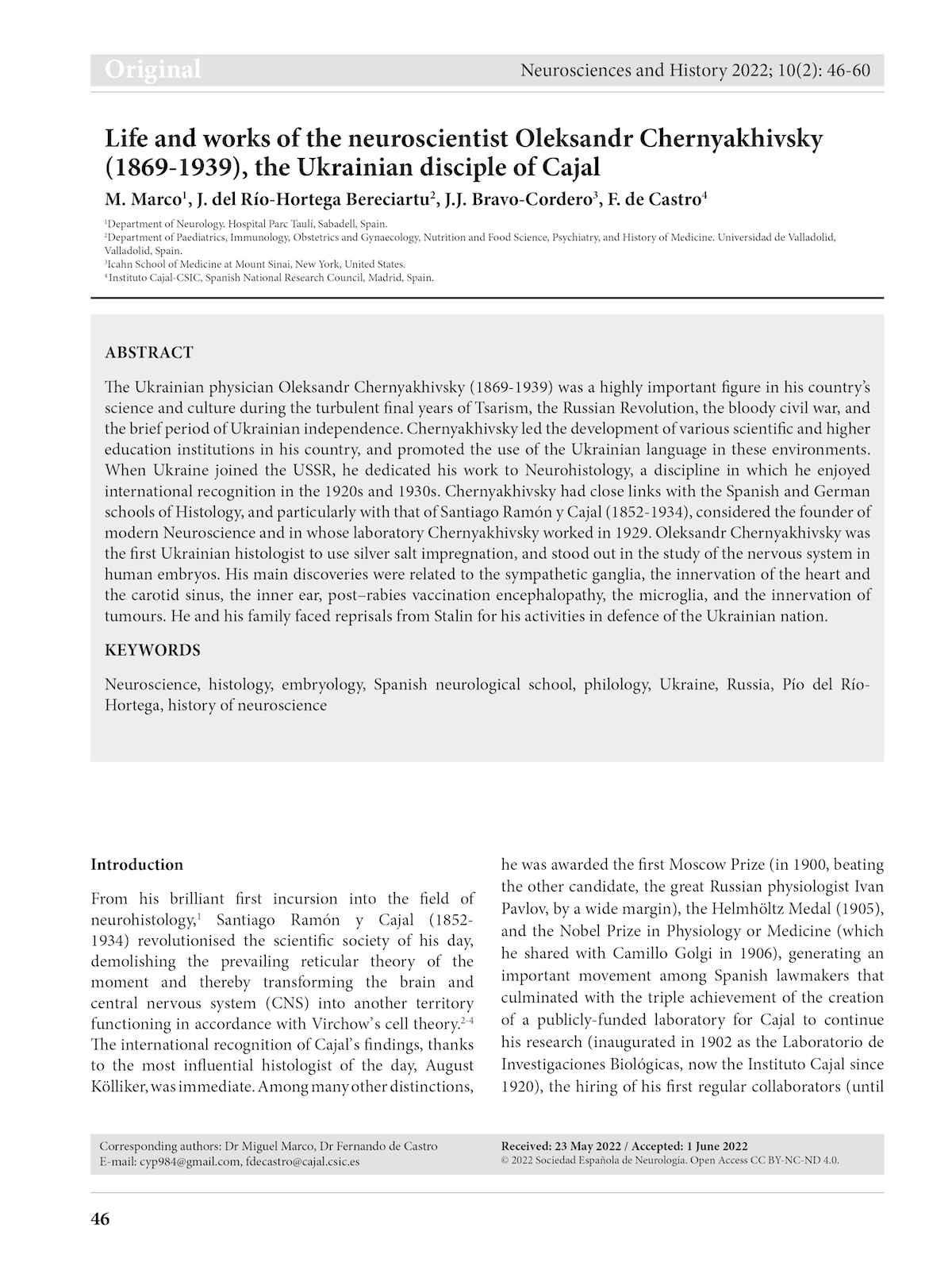 The Ukrainian physician Oleksandr Chernyakhivsky (1869-1939) was a highly important figure in his country’s science and culture during the turbulent final years of Tsarism, the Russian Revolution, the bloody civil war, and the brief period of Ukrainian independence. Chernyakhivsky led the development of various scientific and higher education institutions in his country, and promoted the use of the Ukrainian language in these environments. When Ukraine joined the USSR, he dedicated his work to Neurohistology, a discipline in which he enjoyed international recognition in the 1920s and 1930s. Chernyakhivsky had close links with the Spanish and German schools of Histology, and particularly with that of Santiago Ramón y Cajal (1852-1934), considered the founder of modern Neuroscience and in whose laboratory Chernyakhivsky worked in 1929. Oleksandr Chernyakhivsky was the first Ukrainian histologist to use silver salt impregnation, and stood out in the study of the nervous system in human embryos. His main discoveries were related to the sympathetic ganglia, the innervation of the heart and the carotid sinus, the inner ear, post–rabies vaccination encephalopathy, the microglia, and the innervation of tumours. He and his family faced reprisals from Stalin for his activities in defence of the Ukrainian nation.