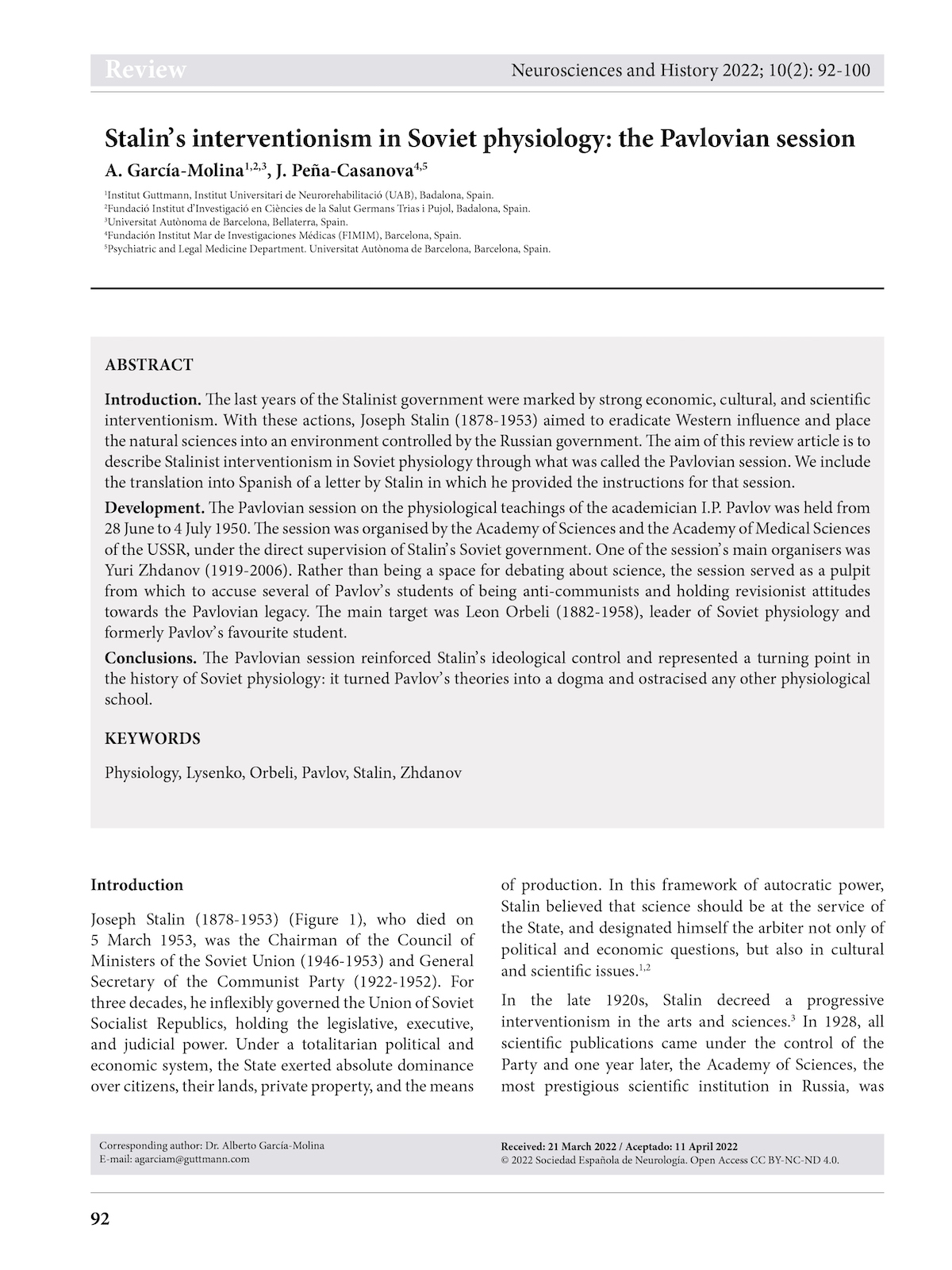 Introduction. The last years of the Stalinist government were marked by strong economic, cultural, and scientific interventionism. With these actions, Joseph Stalin (1878-1953) aimed to eradicate Western influence and place the natural sciences into an environment controlled by the Russian government. The aim of this review article is to describe Stalinist interventionism in Soviet physiology through what was called the Pavlovian session. We include the translation into Spanish of a letter by Stalin in which he provided the instructions for that session.

Development. The Pavlovian session on the physiological teachings of the academician I.P. Pavlov was held from 28 June to 4 July 1950. The session was organised by the Academy of Sciences and the Academy of Medical Sciences of the USSR, under the direct supervision of Stalin’ s Soviet government. One of the session’s main organisers was Yuri Zhdanov (1919-2006). Rather than being a space for debating about science, the session served as a pulpit from which to accuse several of Pavlov’s students of being anti-communists and holding revisionist attitudes towards the Pavlovian legacy. The main target was Leon Orbeli (1882-1958), leader of Soviet physiology and formerly Pavlov’s favourite student.

Conclusions. The Pavlovian session reinforced Stalin’s ideological control and represented a turning point in the history of Soviet physiology: it turned Pavlov’s theories into a dogma and ostracised any other physiological school.