The discoveries of microglia and oligodendroglia: Pío del Río-Hortega and his relationships with Achúcarro and Cajal (1914-1934) 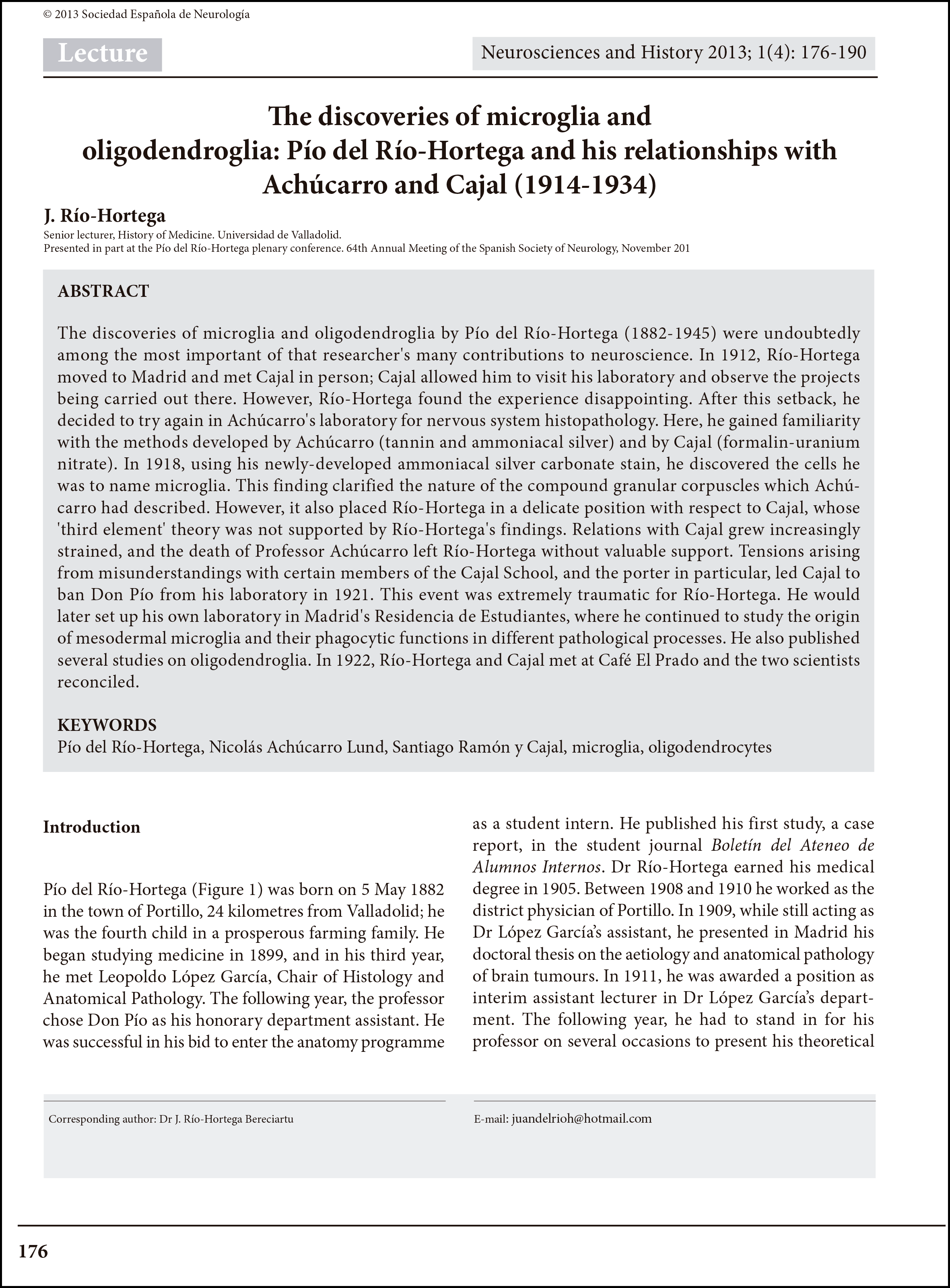 The discoveries of microglia and oligodendroglia by Pío del Río-Hortega (1882-1945) were undoubtedly among the most important of that researcher's many contributions to neuroscience. In 1912, Río-Hortega moved to Madrid and met Cajal in person; Cajal allowed him to visit his laboratory and observe the projects being carried out there. However, Río-Hortega found the experience disappointing. After this setback, he decided to try again in Achúcarro's laboratory for nervous system histopathology. Here, he gained familiarity with the methods developed by Achúcarro (tannin and ammoniacal silver) and by Cajal (formalin-uranium nitrate). In 1918, using his newly-developed ammoniacal silver carbonate stain, he discovered the cells he was to name microglia. This finding clarified the nature of the compound granular corpuscles which Achúcarro had described. However, it also placed Río-Hortega in a delicate position with respect to Cajal, whose 'third element' theory was not supported by Río-Hortega's findings. Relations with Cajal grew increasingly strained, and the death of Professor Achúcarro left Río-Hortega without valuable support. Tensions arising from misunderstandings with certain members of the Cajal School, and the porter in particular, led Cajal to ban Don Pío from his laboratory in 1921. This event was extremely traumatic for Río-Hortega. He would later set up his own laboratory in Madrid's Residencia de Estudiantes, where he continued to study the origin of mesodermal microglia and their phagocytic functions in different pathological processes. He also published several studies on oligodendroglia. In 1922, Río-Hortega and Cajal met at Café El Prado and the two scientists reconciled.