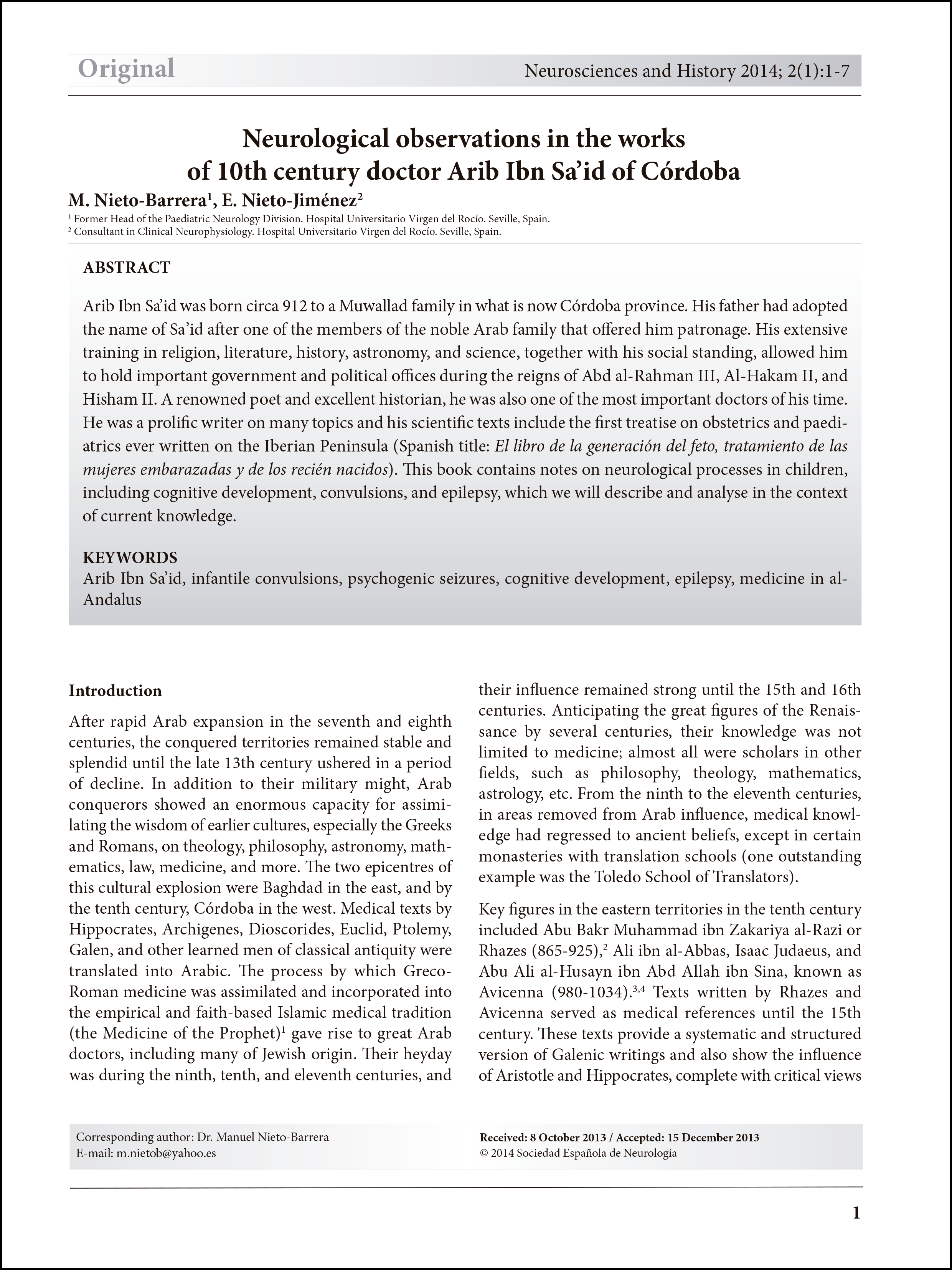 Arib Ibn Sa’id was born circa 912 to a Muwallad family in what is now Córdoba province. His father had adopted the name of Sa’id after one of the members of the noble Arab family that offered him patronage. His extensive training in religion, literature, history, astronomy, and science, together with his social standing, allowed him to hold important government and political offices during the reigns of Abd al-Rahman III, Al-Hakam II, and Hisham II. A renowned poet and excellent historian, he was also one of the most important doctors of his time. He was a prolific writer on many topics and his scientific texts include the first treatise on obstetrics and paediatrics ever written on the Iberian Peninsula (Spanish title: El libro de la generación del feto, tratamiento de las mujeres embarazadas y de los recién nacidos). This book contains notes on neurological processes in children, including cognitive development, convulsions, and epilepsy, which we will describe and analyse in the context of current knowledge.