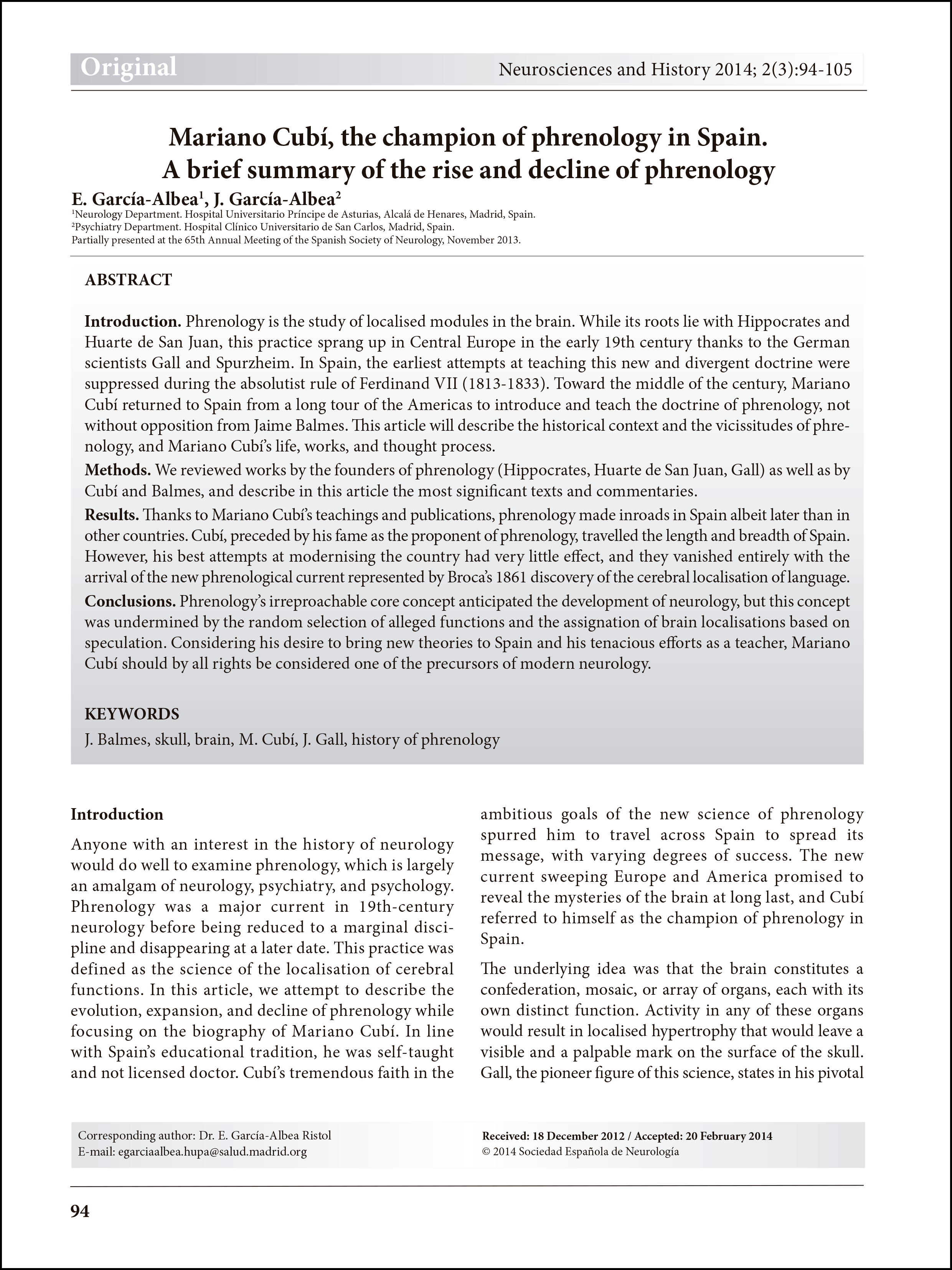 Introduction. Phrenology is the study of localised modules in the brain. While its roots lie with Hippocrates and Huarte de San Juan, this practice sprang up in Central Europe in the early 19th century thanks to the German scientists Gall and Spurzheim. In Spain, the earliest attempts at teaching this new and divergent doctrine were suppressed during the absolutist rule of Ferdinand VII (1813-1833). Toward the middle of the century, Mariano Cubí returned to Spain from a long tour of the Americas to introduce and teach the doctrine of phrenology, not without opposition from Jaime Balmes. This article will describe the historical context and the vicissitudes of phrenology, and Mariano Cubí’s life, works, and thought process.

Methods.We reviewed works by the founders of phrenology (Hippocrates, Huarte de San Juan, Gall) as well as by Cubí and Balmes, and describe in this article the most significant texts and commentaries.

Results. Thanks to Mariano Cubí’s teachings and publications, phrenology made inroads in Spain albeit later than in other countries. Cubí, preceded by his fame as the proponent of phrenology, travelled the length and breadth of Spain. However, his best attempts at modernising the country had very little effect, and they vanished entirely with the arrival of the new phrenological current represented by Broca’s 1861 discovery of the cerebral localisation of language.

Conclusions. Phrenology’s irreproachable core concept anticipated the development of neurology, but this concept was undermined by the random selection of alleged functions and the assignation of brain localisations based on speculation. Considering his desire to bring new theories to Spain and his tenacious efforts as a teacher, Mariano Cubí should by all rights be considered one of the precursors of modern neurology.