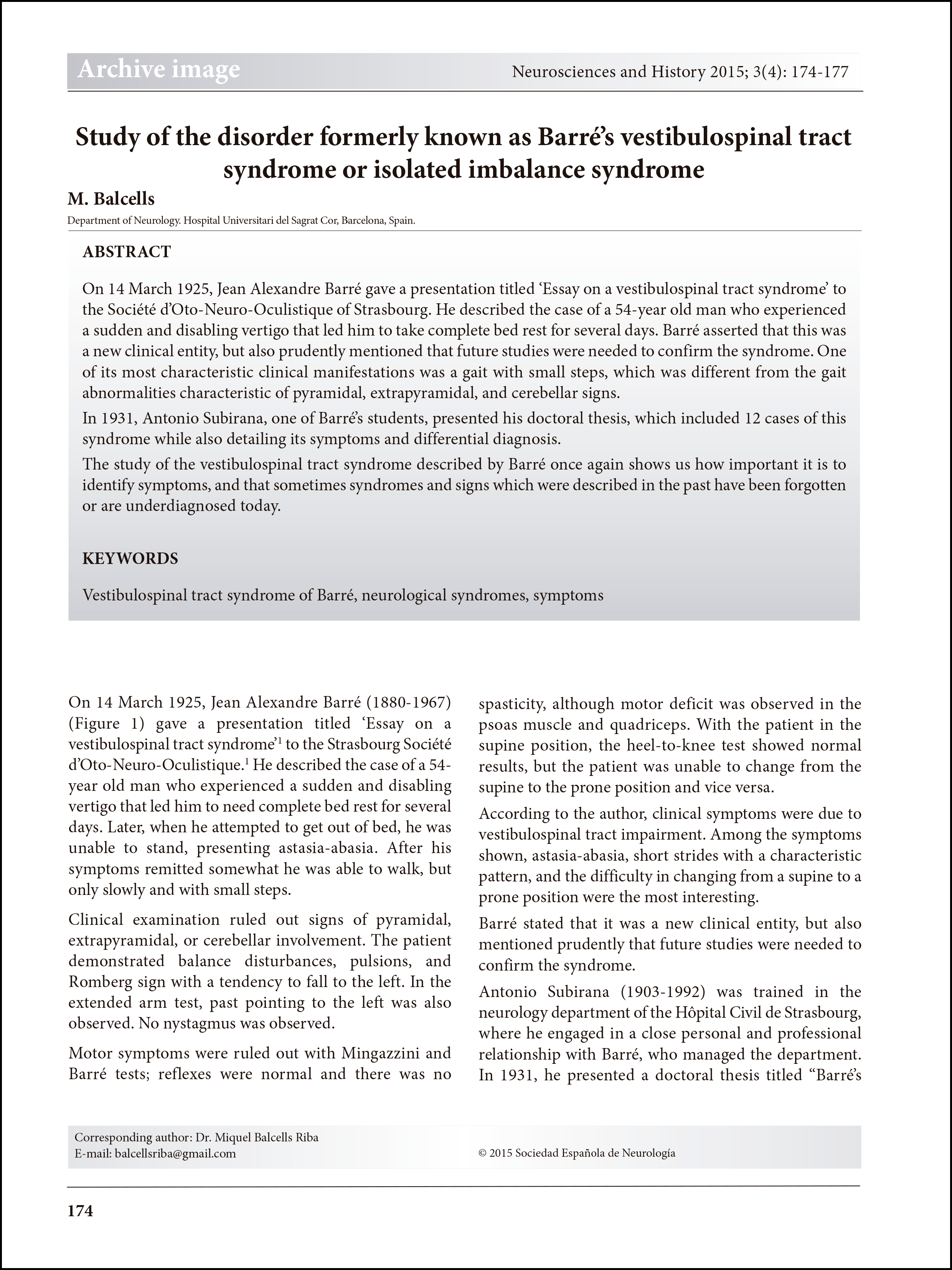 On 14 March 1925, Jean Alexandre Barré gave a presentation titled ‘Essay on a vestibulospinal tract syndrome’ to the Société d’Oto-Neuro-Oculistique of Strasbourg. He described the case of a 54-year old man who experienced a sudden and disabling vertigo that led him to take complete bed rest for several days. Barré asserted that this was a new clinical entity, but also prudently mentioned that future studies were needed to confirm the syndrome. One of its most characteristic clinical manifestations was a gait with small steps, which was different from the gait abnormalities characteristic of pyramidal, extrapyramidal, and cerebellar signs.

In 1931, Antonio Subirana, one of Barré’s students, presented his doctoral thesis, which included 12 cases of this syndrome while also detailing its symptoms and differential diagnosis.

The study of the vestibulospinal tract syndrome described by Barré once again shows us how important it is to identify symptoms, and that sometimes syndromes and signs which were described in the past have been forgotten or are underdiagnosed today.