General paresis in 1880: Jaime Vera and his contribution to neuropsychiatry 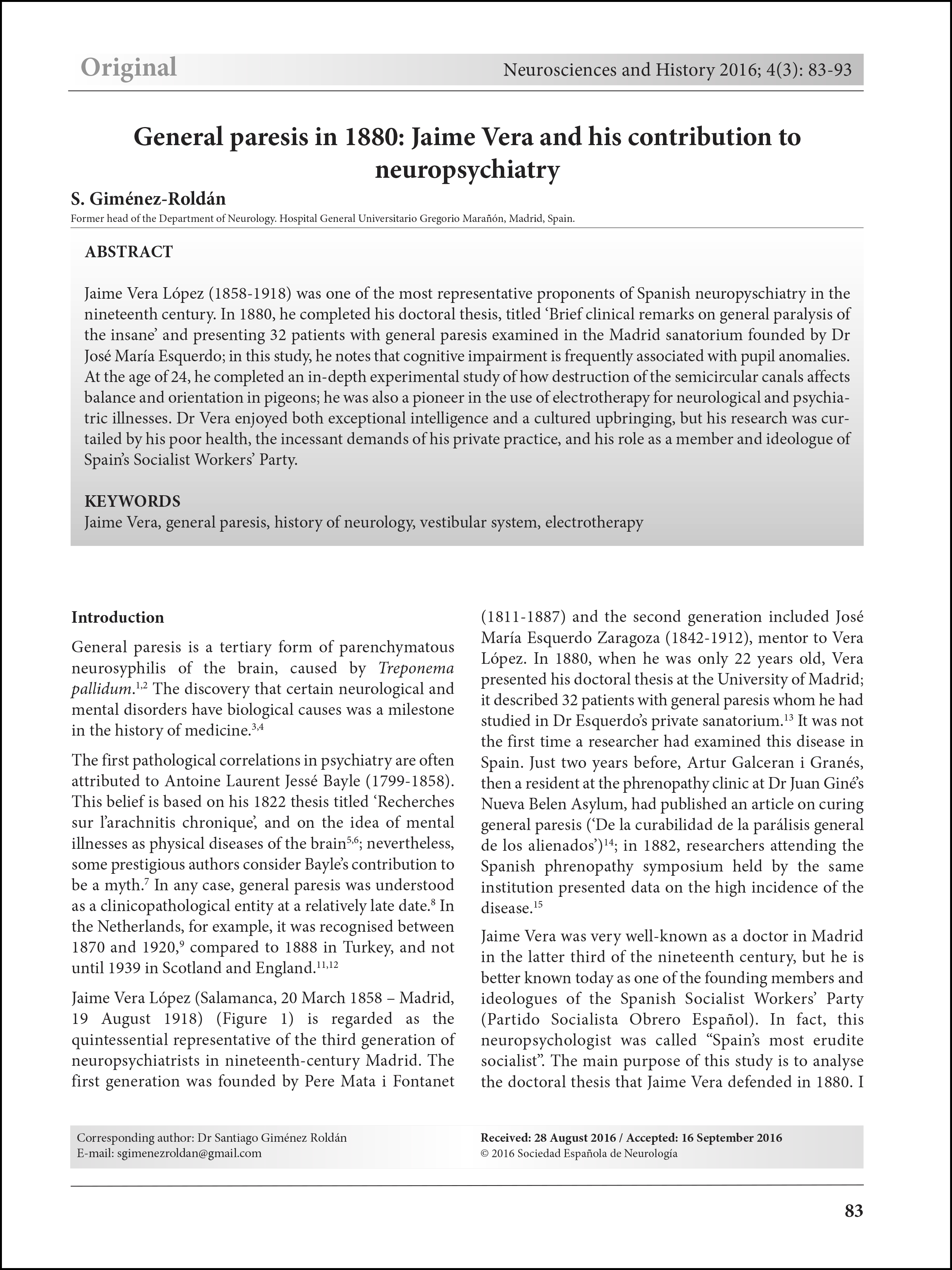 Jaime Vera López (1858-1918) was one of the most representative proponents of Spanish neuropyschiatry in the nineteenth century. In 1880, he completed his doctoral thesis, titled ‘Brief clinical remarks on general paralysis of the insane’ and presenting 32 patients with general paresis examined in the Madrid sanatorium founded by Dr José María Esquerdo; in this study, he notes that cognitive impairment is frequently associated with pupil anomalies. At the age of 24, he completed an in-depth experimental study of how destruction of the semicircular canals affects balance and orientation in pigeons; he was also a pioneer in the use of electrotherapy for neurological and psychiatric illnesses. Dr Vera enjoyed both exceptional intelligence and a cultured upbringing, but his research was curtailed by his poor health, the incessant demands of his private practice, and his role as a member and ideologue of Spain’s Socialist Workers’ Party.