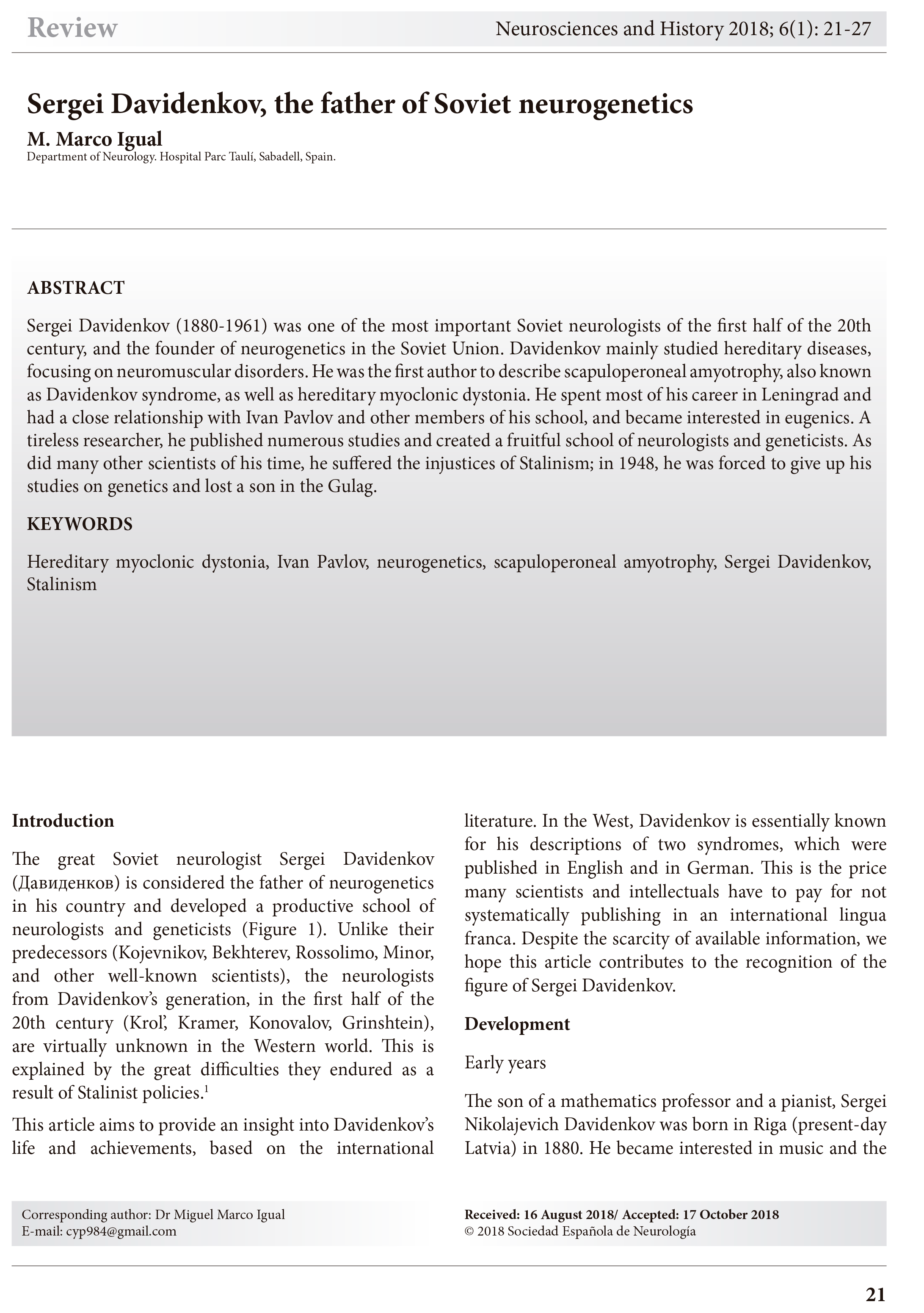 Sergei Davidenkov (1880-1961) was one of the most important Soviet neurologists of the first half of the 20th century, and the founder of neurogenetics in the Soviet Union. Davidenkov mainly studied hereditary diseases, focusing on neuromuscular disorders. He was the first author to describe scapuloperoneal amyotrophy, also known as Davidenkov syndrome, as well as hereditary myoclonic dystonia. He spent most of his career in Leningrad and had a close relationship with Ivan Pavlov and other members of his school, and became interested in eugenics. A tireless researcher, he published numerous studies and created a fruitful school of neurologists and geneticists. As did many other scientists of his time, he suffered the injustices of Stalinism; in 1948, he was forced to give up his studies on genetics and lost a son in the Gulag.