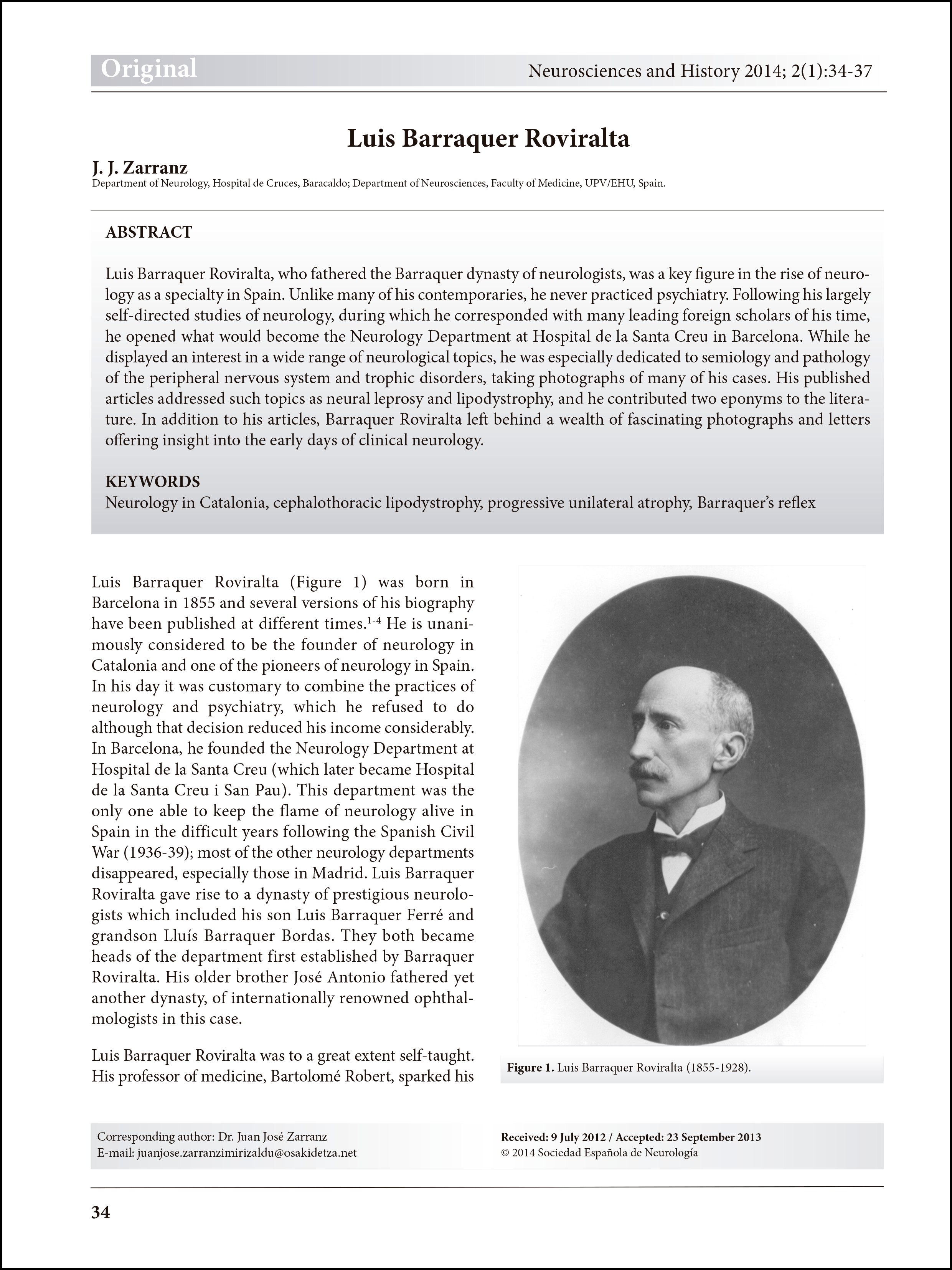 Luis Barraquer Roviralta, who fathered the Barraquer dynasty of neurologists, was a key figure in the rise of neurology as a specialty in Spain. Unlike many of his contemporaries, he never practiced psychiatry. Following his largely self-directed studies of neurology, during which he corresponded with many leading foreign scholars of his time, he opened what would become the Neurology Department at Hospital de la Santa Creu in Barcelona. While he displayed an interest in a wide range of neurological topics, he was especially dedicated to semiology and pathology of the peripheral nervous system and trophic disorders, taking photographs of many of his cases. His published articles addressed such topics as neural leprosy and lipodystrophy, and he contributed two eponyms to the literature. In addition to his articles, Barraquer Roviralta left behind a wealth of fascinating photographs and letters offering insight into the early days of clinical neurology.