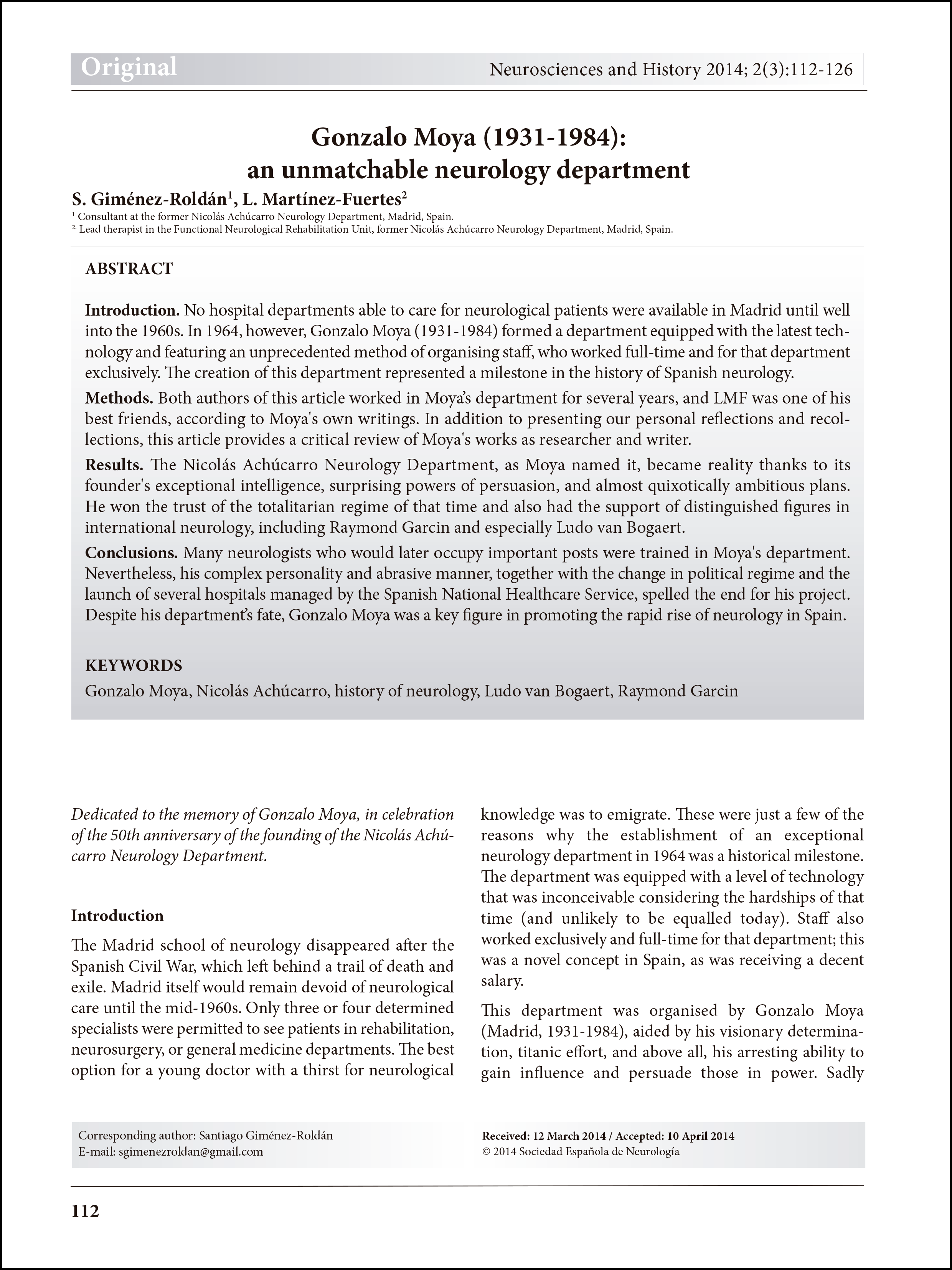 Introduction. No hospital departments able to care for neurological patients were available in Madrid until well into the 1960s. In 1964, however, Gonzalo Moya (1931-1984) formed a department equipped with the latest technology and featuring an unprecedented method of organising staff, who worked full-time and for that department exclusively. The creation of this department represented a milestone in the history of Spanish neurology.

Methods. Both authors of this article worked in Moya’s department for several years, and LMF was one of his best friends, according to Moya's own writings. In addition to presenting our personal reflections and recollections, this article provides a critical review of Moya's works as researcher and writer.

Results. The Nicolás Achúcarro Neurology Department, as Moya named it, became reality thanks to its founder's exceptional intelligence, surprising powers of persuasion, and almost quixotically ambitious plans. He won the trust of the totalitarian regime of that time and also had the support of distinguished figures in international neurology, including Raymond Garcin and especially Ludo van Bogaert.

Conclusions. Many neurologists who would later occupy important posts were trained in Moya's department. Nevertheless, his complex personality and abrasive manner, together with the change in political regime and the launch of several hospitals managed by the Spanish National Healthcare Service, spelled the end for his project. Despite his department’s fate, Gonzalo Moya was a key figure in promoting the rapid rise of neurology in Spain.