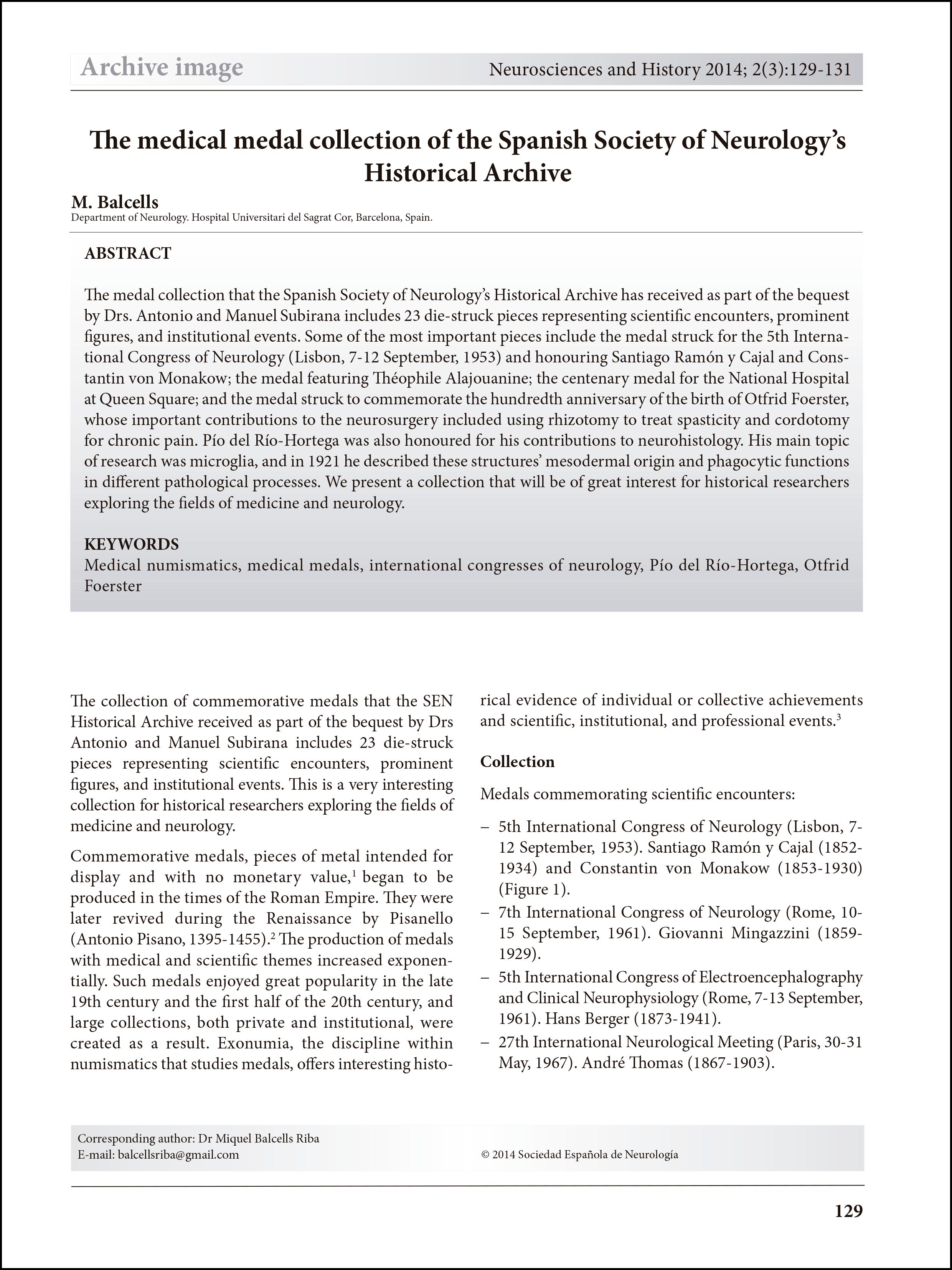 The medal collection that the Spanish Society of Neurology’s Historical Archive has received as part of the bequest by Drs. Antonio and Manuel Subirana includes 23 die-struck pieces representing scientific encounters, prominent figures, and institutional events. Some of the most important pieces include the medal struck for the 5th International Congress of Neurology (Lisbon, 7-12 September, 1953) and honouring Santiago Ramón y Cajal and Constantin von Monakow; the medal featuring Théophile Alajouanine; the centenary medal for the National Hospital at Queen Square; and the medal struck to commemorate the hundredth anniversary of the birth of Otfrid Foerster, whose important contributions to the neurosurgery included using rhizotomy to treat spasticity and cordotomy for chronic pain. Pío del Río-Hortega was also honoured for his contributions to neurohistology. His main topic of research was microglia, and in 1921 he described these structures’ mesodermal origin and phagocytic functions in different pathological processes. We present a collection that will be of great interest for historical researchers exploring the fields of medicine and neurology.