Doctor Asuero and his astounding cures: psychogenic neurological disorders in the Spanish population 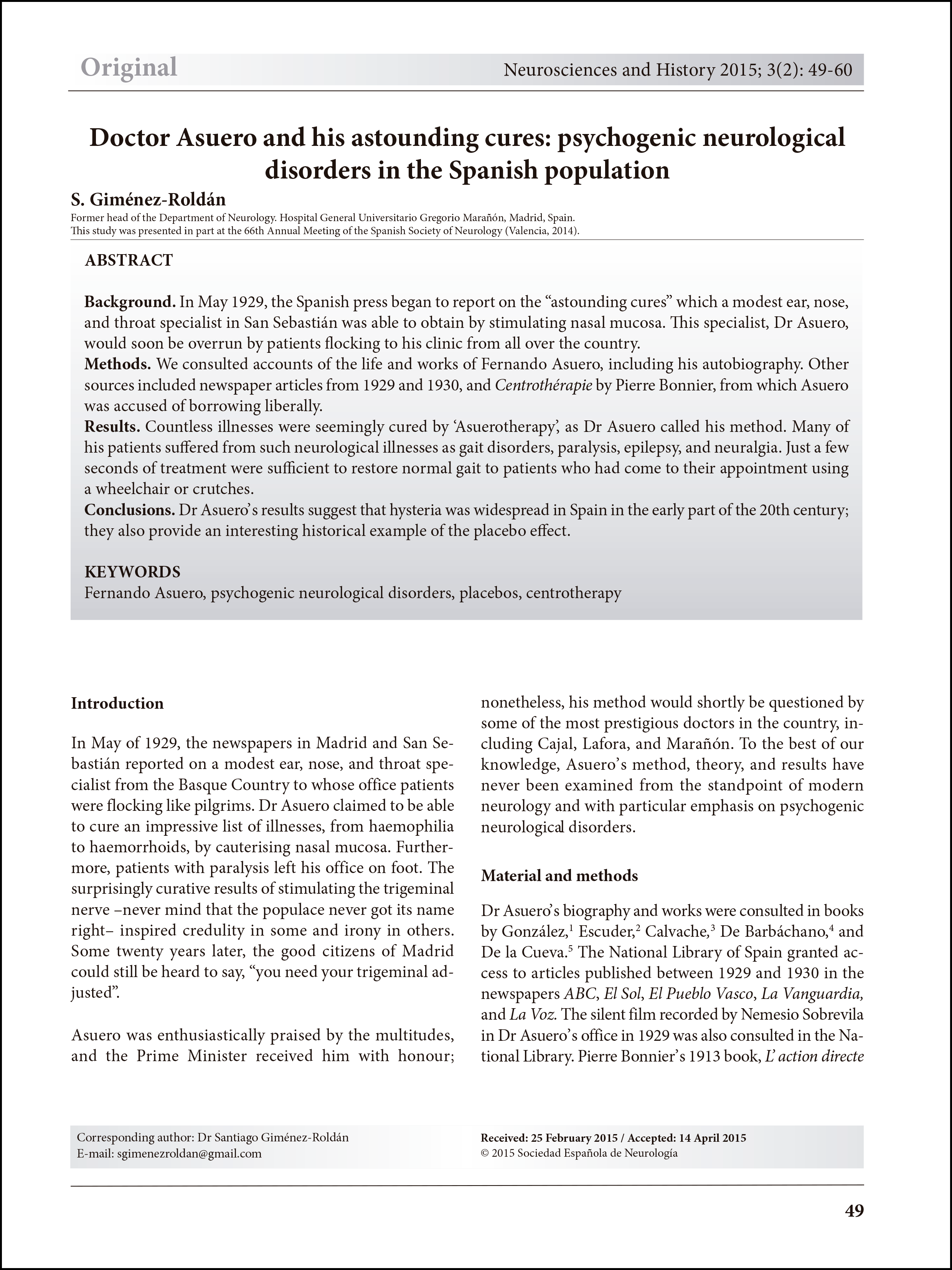 Background. In May 1929, the Spanish press began to report on the “astounding cures” which a modest ear, nose, and throat specialist in San Sebastián was able to obtain by stimulating nasal mucosa. This specialist, Dr Asuero, would soon be overrun by patients flocking to his clinic from all over the country.

Methods. We consulted accounts of the life and works of Fernando Asuero, including his autobiography. Other sources included newspaper articles from 1929 and 1930, and Centrothérapie by Pierre Bonnier, from which Asuero was accused of borrowing liberally.
Results. Countless illnesses were seemingly cured by 'Asuerotherapy', as Dr Asuero called his method. Many of his patients suffered from such neurological illnesses as gait disorders, paralysis, epilepsy, and neuralgia. Just a few seconds of treatment were sufficient to restore normal gait to patients who had come to their appointment using a wheelchair or crutches.

Conclusions. Dr Asuero's results suggest that hysteria was widespread in Spain in the early part of the 20th century; they also provide an interesting historical example of the placebo effect.