The Monro dynasty and their treatment of madness in London 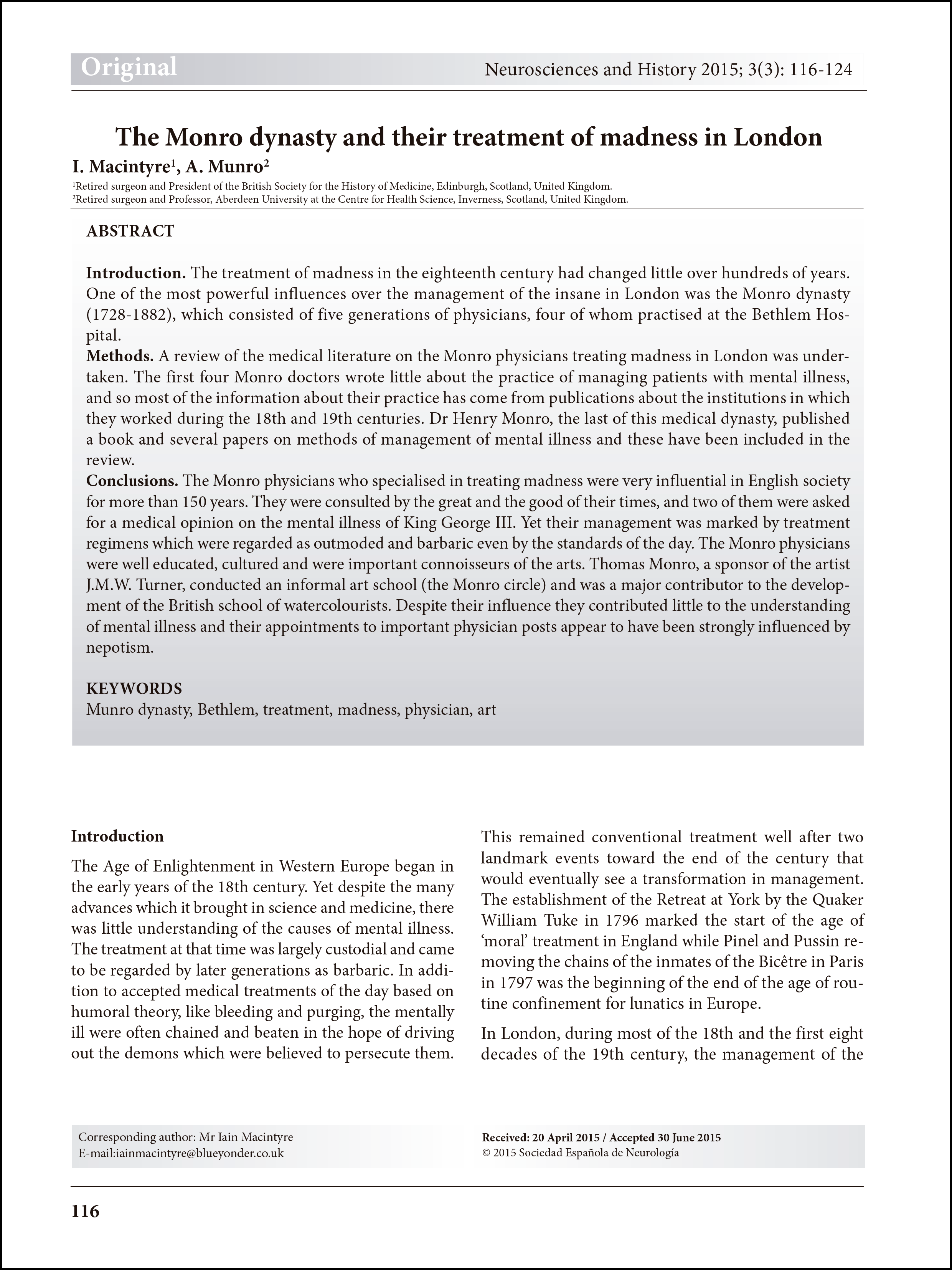 Introduction. The treatment of madness in the eighteenth century had changed little over hundreds of years. One of the most powerful influences over the management of the insane in London was the Monro dynasty (1728-1882), which consisted of five generations of physicians, four of whom practised at the Bethlem Hospital.

Methods. A review of the medical literature on the Monro physicians treating madness in London was undertaken. The first four Monro doctors wrote little about the practice of managing patients with mental illness, and so most of the information about their practice has come from publications about the institutions in which they worked during the 18th and 19th centuries. Dr Henry Monro, the last of this medical dynasty, published a book and several papers on methods of management of mental illness and these have been included in the review.

Conclusions. The Monro physicians who specialised in treating madness were very influential in English society for more than 150 years. They were consulted by the great and the good of their times, and two of them were asked for a medical opinion on the mental illness of King George III. Yet their management was marked by treatment regimens which were regarded as outmoded and barbaric even by the standards of the day. The Monro physicians were well educated, cultured and were important connoisseurs of the arts. Thomas Monro, a sponsor of the artist J.M.W. Turner, conducted an informal art school (the Monro circle) and was a major contributor to the development of the British school of watercolourists. Despite their influence they contributed little to the understanding of mental illness and their appointments to important physician posts appear to have been strongly influenced by nepotism.