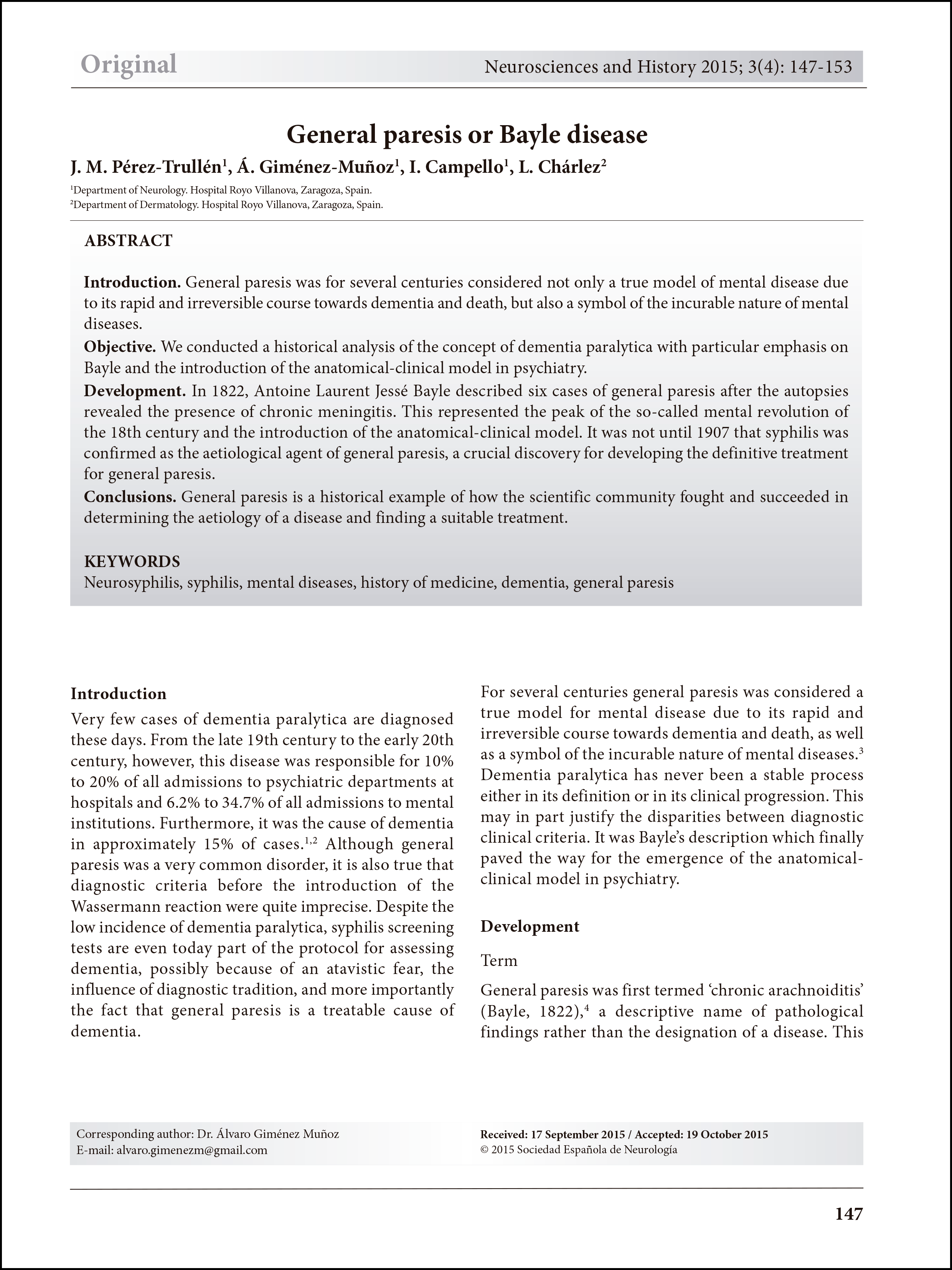 Introduction. General paresis was for several centuries considered not only a true model of mental disease due to its rapid and irreversible course towards dementia and death, but also a symbol of the incurable nature of mental diseases.

Objective. We conducted a historical analysis of the concept of dementia paralytica with particular emphasis on Bayle and the introduction of the anatomical-clinical model in psychiatry.

Development. In 1822, Antoine Laurent Jessé Bayle described six cases of general paresis after the autopsies revealed the presence of chronic meningitis. This represented the peak of the so-called mental revolution of the 18th century and the introduction of the anatomical-clinical model. It was not until 1907 that syphilis was confirmed as the aetiological agent of general paresis, a crucial discovery for developing the definitive treatment for general paresis.

Conclusions. General paresis is a historical example of how the scientific community fought and succeeded in determining the aetiology of a disease and finding a suitable treatment.