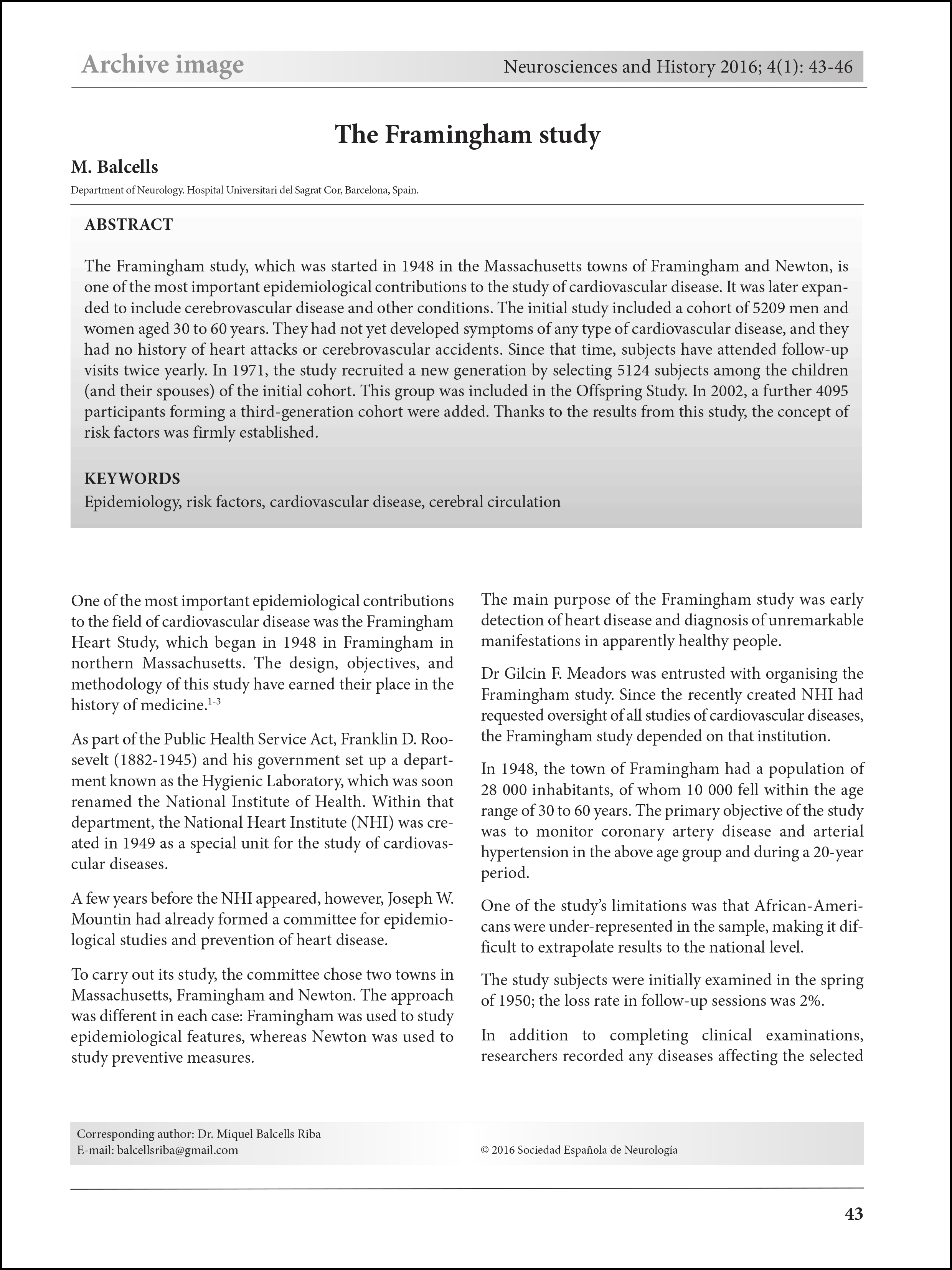 The Framingham study, which was started in 1948 in the Massachusetts towns of Framingham and Newton, is one of the most important epidemiological contributions to the study of cardiovascular disease. It was later expanded to include cerebrovascular disease and other conditions. The initial study included a cohort of 5209 men and women aged 30 to 60 years. They had not yet developed symptoms of any type of cardiovascular disease, and they had no history of heart attacks or cerebrovascular accidents. Since that time, subjects have attended follow-up visits twice yearly. In 1971, the study recruited a new generation by selecting 5124 subjects among the children (and their spouses) of the initial cohort. This group was included in the Offspring Study. In 2002, a further 4095 participants forming a third-generation cohort were added. Thanks to the results from this study, the concept of risk factors was firmly established.