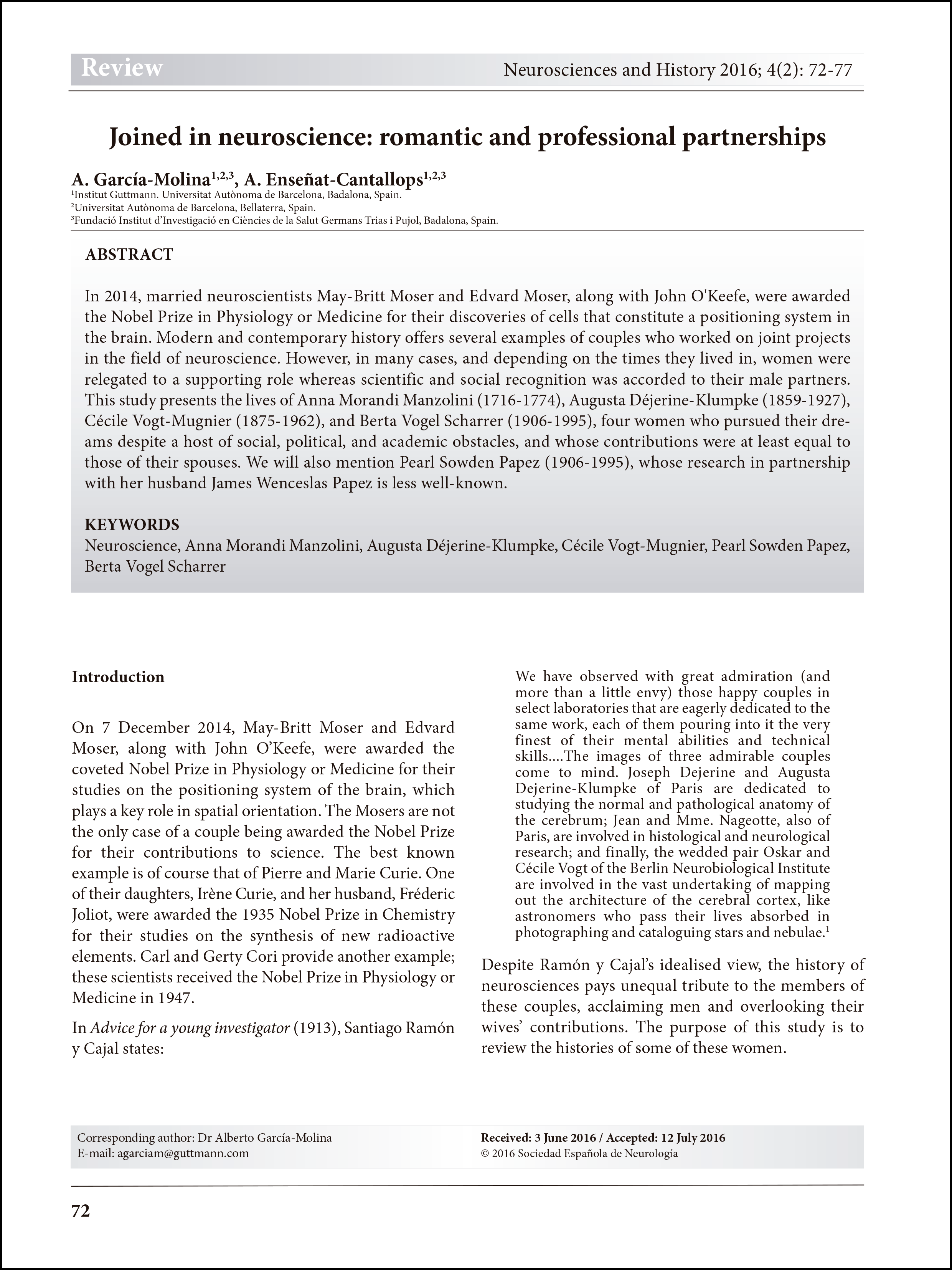 In 2014, married neuroscientists May-Britt Moser and Edvard Moser, along with John O'Keefe, were awarded the Nobel Prize in Physiology or Medicine for their discoveries of cells that constitute a positioning system in the brain. Modern and contemporary history offers several examples of couples who worked on joint projects in the field of neuroscience. However, in many cases, and depending on the times they lived in, women were relegated to a supporting role whereas scientific and social recognition was accorded to their male partners. This study presents the lives of Anna Morandi Manzolini (1716-1774), Augusta Déjerine-Klumpke (1859-1927), Cécile Vogt-Mugnier (1875-1962), and Berta Vogel Scharrer (1906-1995), four women who pursued their dreams despite a host of social, political, and academic obstacles, and whose contributions were at least equal to those of their spouses. We will also mention Pearl Sowden Papez (1906-1995), whose research in partnership with her husband James Wenceslas Papez is less well-known.