Neurological considerations in the history of tarantism in Spain 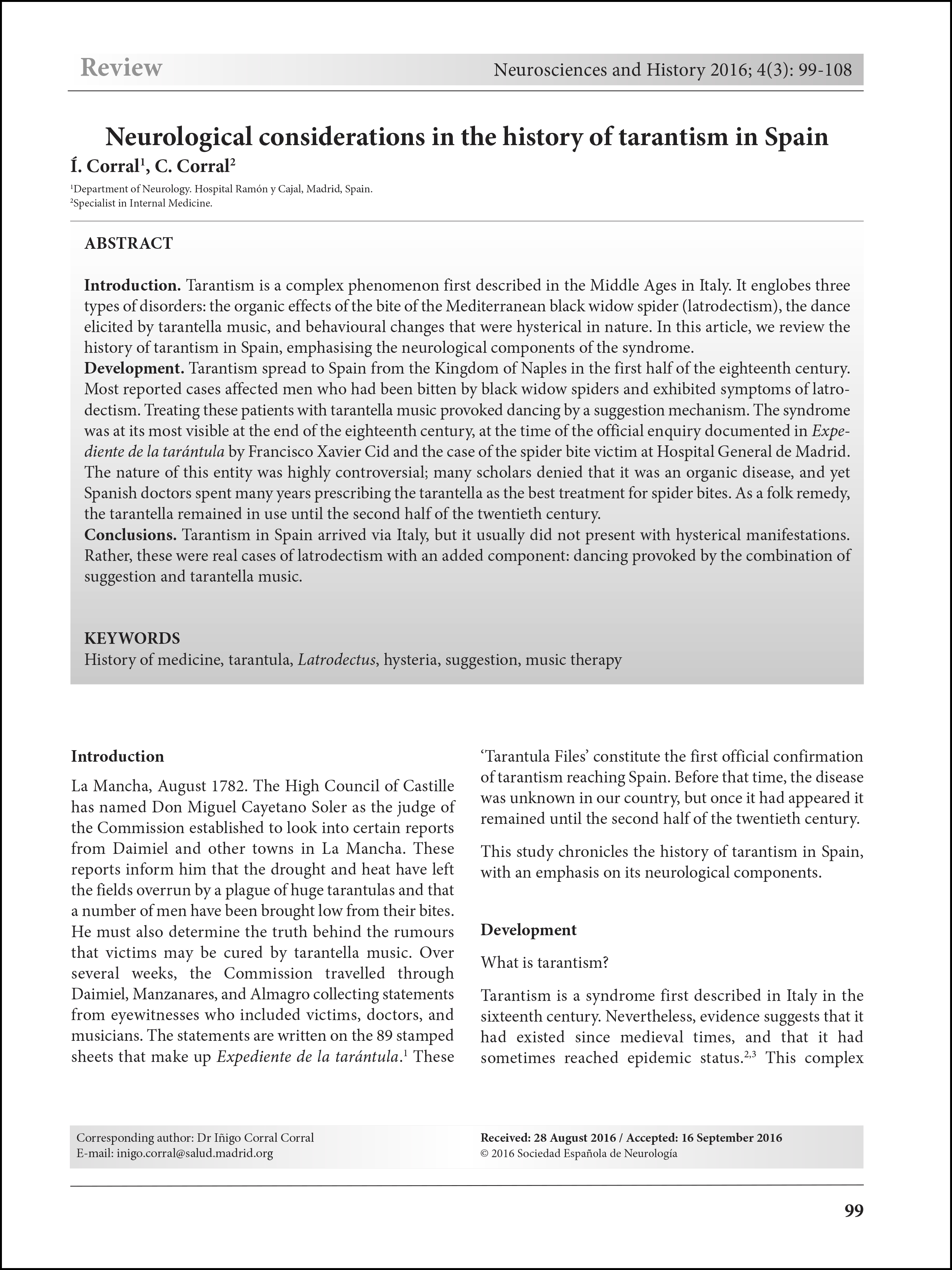 Introduction. Tarantism is a complex phenomenon first described in the Middle Ages in Italy. It englobes three types of disorders: the organic effects of the bite of the Mediterranean black widow spider (latrodectism), the dance elicited by tarantella music, and behavioural changes that were hysterical in nature. In this article, we review the history of tarantism in Spain, emphasising the neurological components of the syndrome.

Development. Tarantism spread to Spain from the Kingdom of Naples in the first half of the eighteenth century. Most reported cases affected men who had been bitten by black widow spiders and exhibited symptoms of latrodectism. Treating these patients with tarantella music provoked dancing by a suggestion mechanism. The syndrome was at its most visible at the end of the eighteenth century, at the time of the official enquiry documented in Expediente de la tarantula by Francisco Xavier Cid and the case of the spider bite victim at Hospital General de Madrid. The nature of this entity was highly controversial; many scholars denied that it was an organic disease, and yet Spanish doctors spent many years prescribing the tarantella as the best treatment for spider bites. As a folk remedy, the tarantella remained in use until the second half of the twentieth century.

Conclusions. Tarantism in Spain arrived via Italy, but it usually did not present with hysterical manifestations. Rather, these were real cases of latrodectism with an added component: dancing provoked by the combination of suggestion and tarantella music.