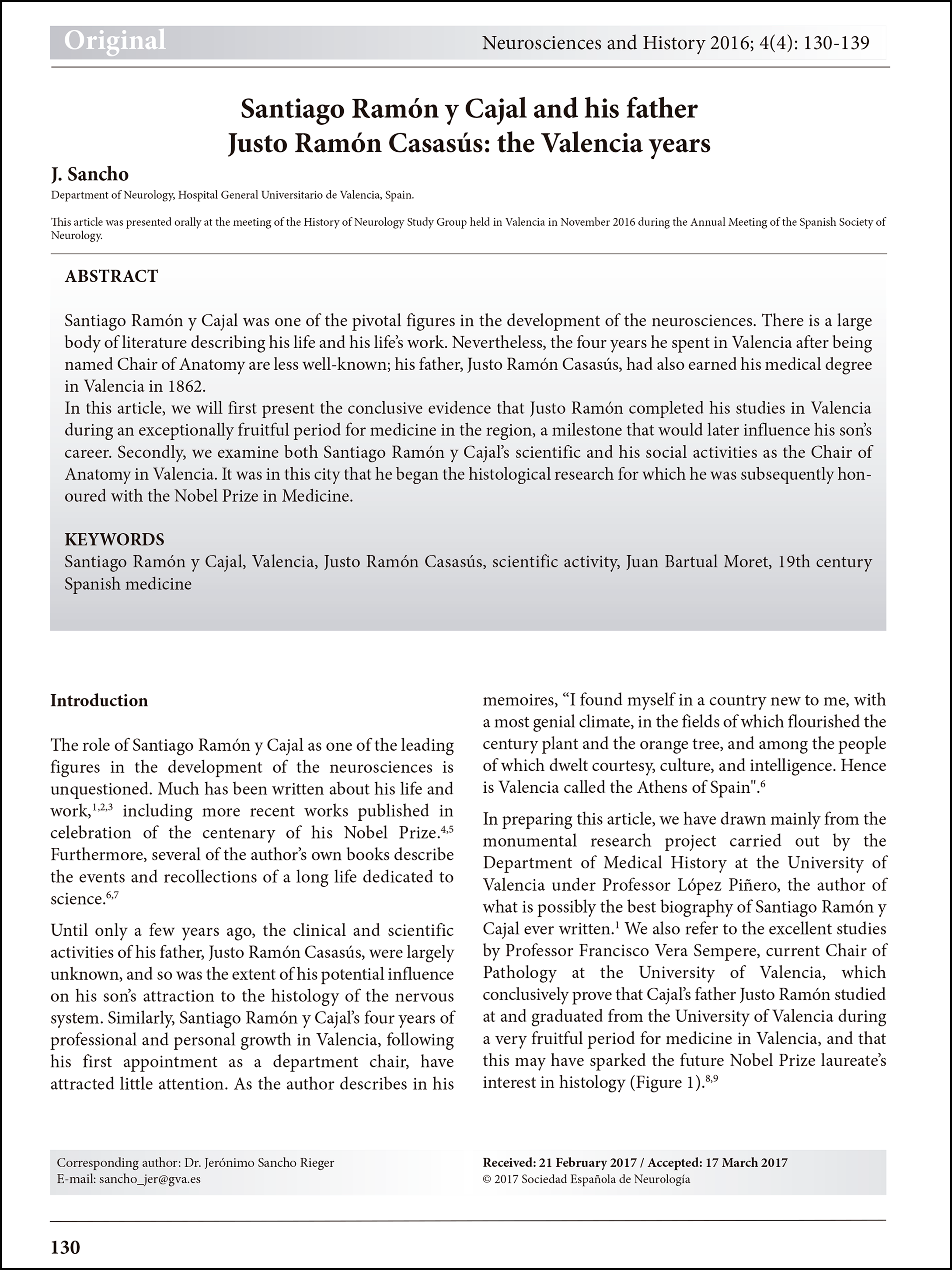 J. Sancho
Department of Neurology, Hospital General Universitario de Valencia, Spain.
This article was presented orally at the meeting of the History of Neurology Study Group held in Valencia in November 2016 during the Annual Meeting of the Spanish Society of Neurology.

Santiago Ramón y Cajal was one of the pivotal figures in the development of the neurosciences. There is a large body of literature describing his life and his life’s work. Nevertheless, the four years he spent in Valencia after being named Chair of Anatomy are less well-known; his father, Justo Ramón Casasús, had also earned his medical degree in Valencia in 1862.
In this article, we will first present the conclusive evidence that Justo Ramón completed his studies in Valencia during an exceptionally fruitful period for medicine in the region, a milestone that would later influence his son’s career. Secondly, we examine both Santiago Ramón y Cajal’s scientific and his social activities as the Chair of Anatomy in Valencia. It was in this city that he began the histological research for which he was subsequently honoured with the Nobel Prize in Medicine.