Rafael Lorente de Nó: the biography of a little-known neuroscientist 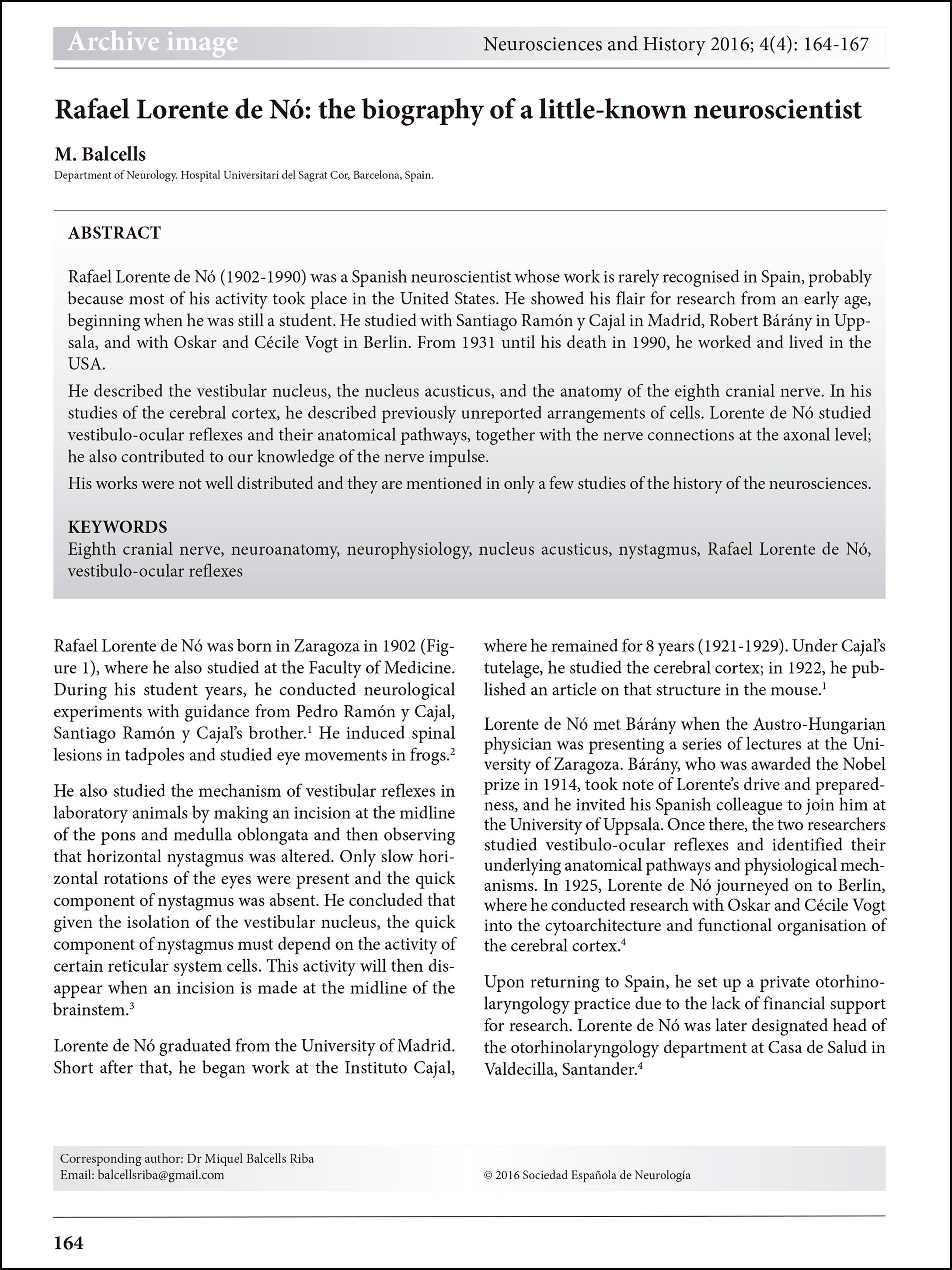 Rafael Lorente de Nó (1902-1990) was a Spanish neuroscientist whose work is rarely recognised in Spain, probably because most of his activity took place in the United States. He showed his flair for research from an early age, beginning when he was still a student. He studied with Santiago Ramón y Cajal in Madrid, Robert Bárány in Uppsala, and with Oskar and Cécile Vogt in Berlin. From 1931 until his death in 1990, he worked and lived in the USA.
He described the vestibular nucleus, the nucleus acusticus, and the anatomy of the eighth cranial nerve. In his studies of the cerebral cortex, he described previously unreported arrangements of cells. Lorente de Nó studied vestibulo-ocular reflexes and their anatomical pathways, together with the nerve connections at the axonal level; he also contributed to our knowledge of the nerve impulse. His works were not well distributed and they are mentioned in only a few studies of the history of the neurosciences.