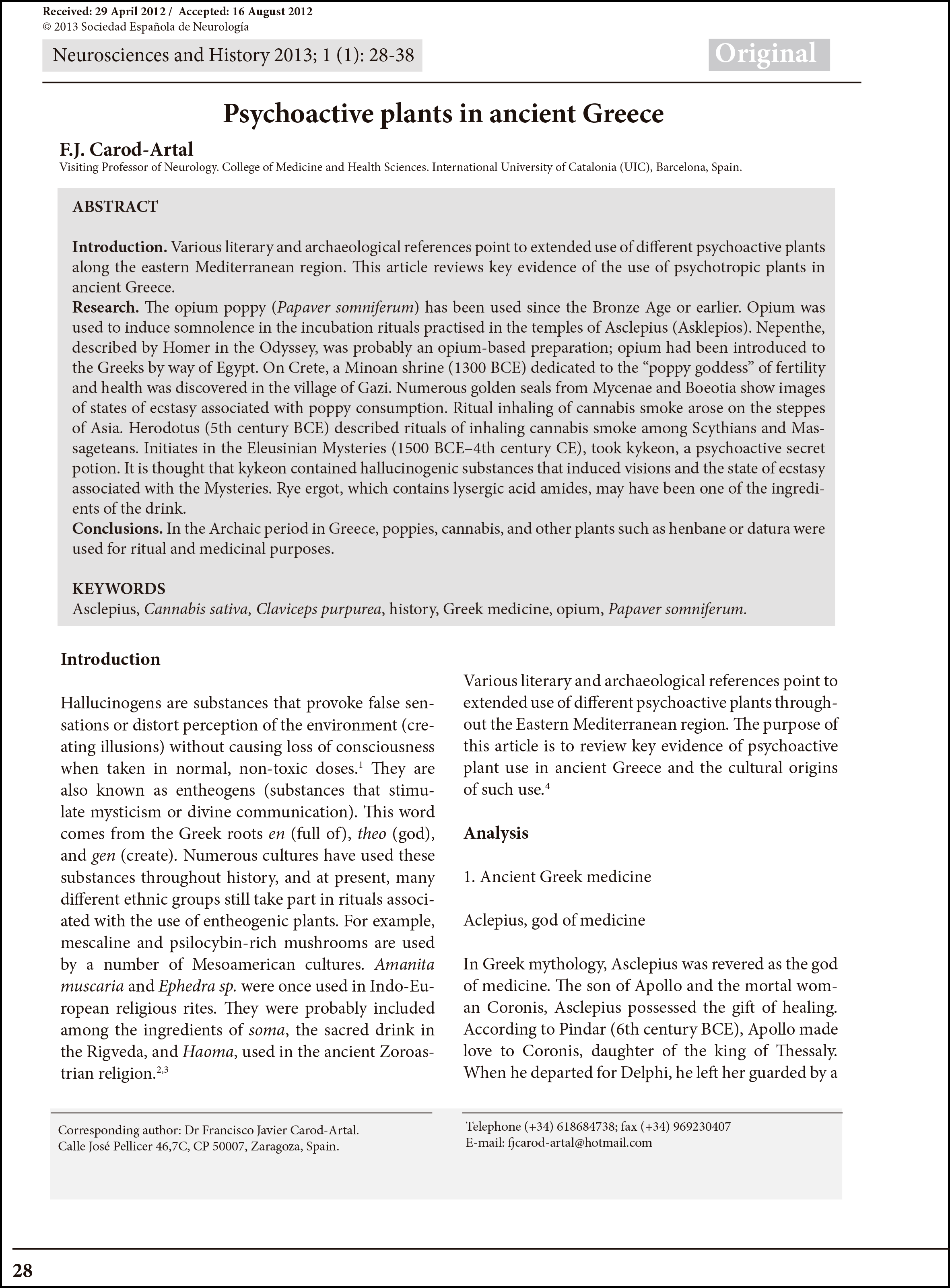 Introduction. Various literary and archaeological references point to extended use of different psychoactive plants along the eastern Mediterranean region. This article reviews key evidence of the use of psychotropic plants in ancient Greece.

Research. The opium poppy (Papaver somniferum) has been used since the Bronze Age or earlier. Opium was used to induce somnolence in the incubation rituals practised in the temples of Asclepius (Asklepios). Nepenthe, described by Homer in the Odyssey, was probably an opium-based preparation; opium had been introduced to the Greeks by way of Egypt. On Crete, a Minoan shrine (1300 BCE) dedicated to the “poppy goddess” of fertility and health was discovered in the village of Gazi. Numerous golden seals from Mycenae and Boeotia show images of states of ecstasy associated with poppy consumption. Ritual inhaling of cannabis smoke arose on the steppes of Asia. Herodotus (5th century BCE) described rituals of inhaling cannabis smoke among Scythians and Massageteans. Initiates in the Eleusinian Mysteries (1500 BCE–4th century CE), took kykeon, a psychoactive secret potion. It is thought that kykeon contained hallucinogenic substances that induced visions and the state of ecstasy associated with the Mysteries. Rye ergot, which contains lysergic acid amides, may have been one of the ingredients of the drink.

Conclusions. In the Archaic period in Greece, poppies, cannabis, and other plants such as henbane or datura were used for ritual and medicinal purposes.