Issue 1 of Neurosciences and History is now available. Don’t miss the opportunity to read our latest research articles on the history of neurology.

Leonardo da Vinci and neuroscience: a theory of everything 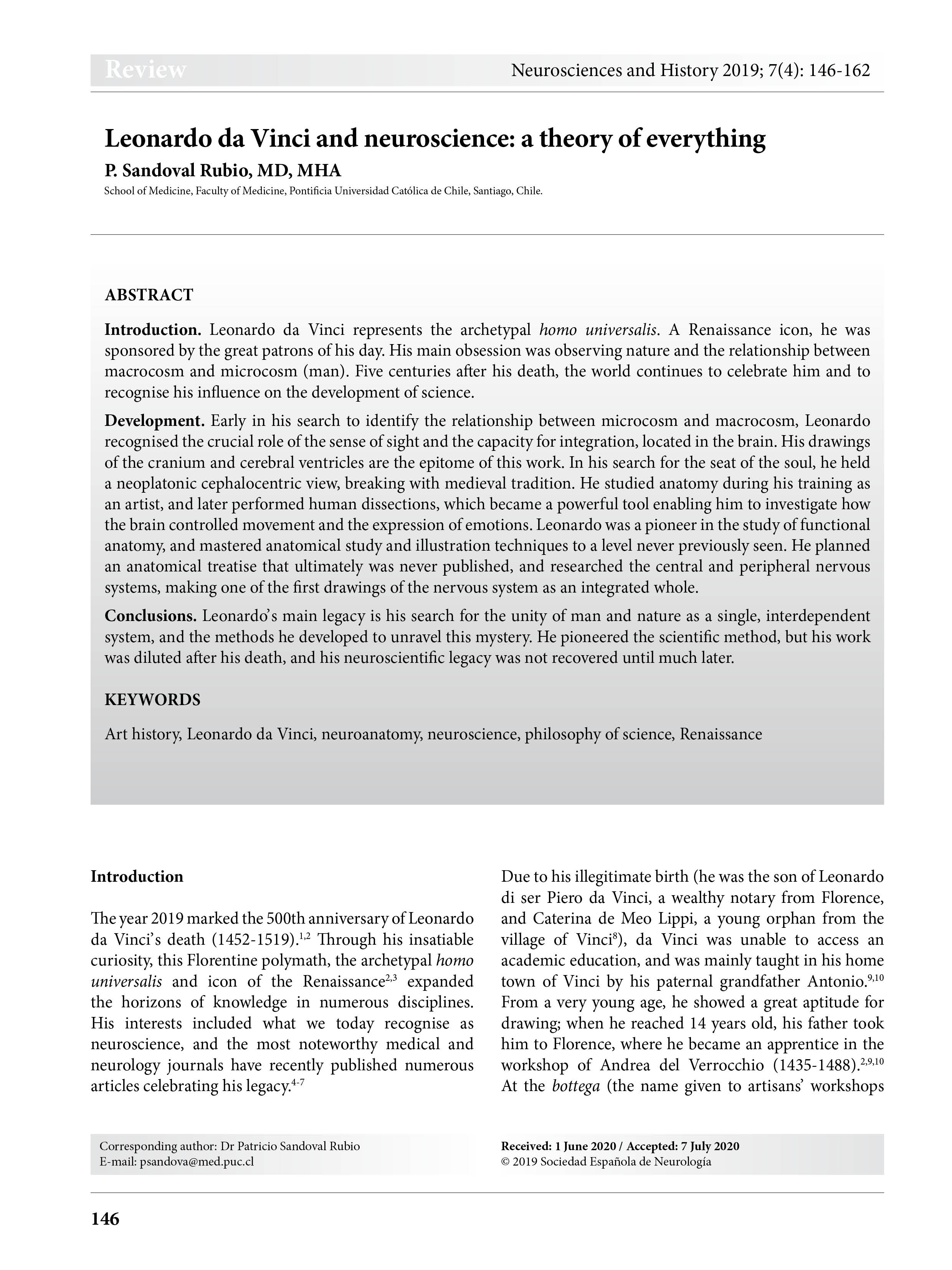 Introduction. Leonardo da Vinci represents the archetypal homo universalis. A Renaissance icon, he was sponsored by the great patrons of his day. His main obsession was observing nature and the relationship between macrocosm and microcosm (man). Five centuries after his death, the world continues to celebrate him and to recognise his influence on the development of science.

Development. Early in his search to identify the relationship between microcosm and macrocosm, Leonardo recognised the crucial role of the sense of sight and the capacity for integration, located in the brain. His drawings of the cranium and cerebral ventricles are the epitome of this work. In his search for the seat of the soul, he held a neoplatonic cephalocentric view, breaking with medieval tradition. He studied anatomy during his training as an artist, and later performed human dissections, which became a powerful tool enabling him to investigate how the brain controlled movement and the expression of emotions. Leonardo was a pioneer in the study of functional anatomy, and mastered anatomical study and illustration techniques to a level never previously seen. He planned an anatomical treatise that ultimately was never published, and researched the central and peripheral nervous systems, making one of the first drawings of the nervous system as an integrated whole.

Conclusions. Leonardo’s main legacy is his search for the unity of man and nature as a single, interdependent system, and the methods he developed to unravel this mystery. He pioneered the scientific method, but his work was diluted after his death, and his neuroscientific legacy was not recovered until much later.