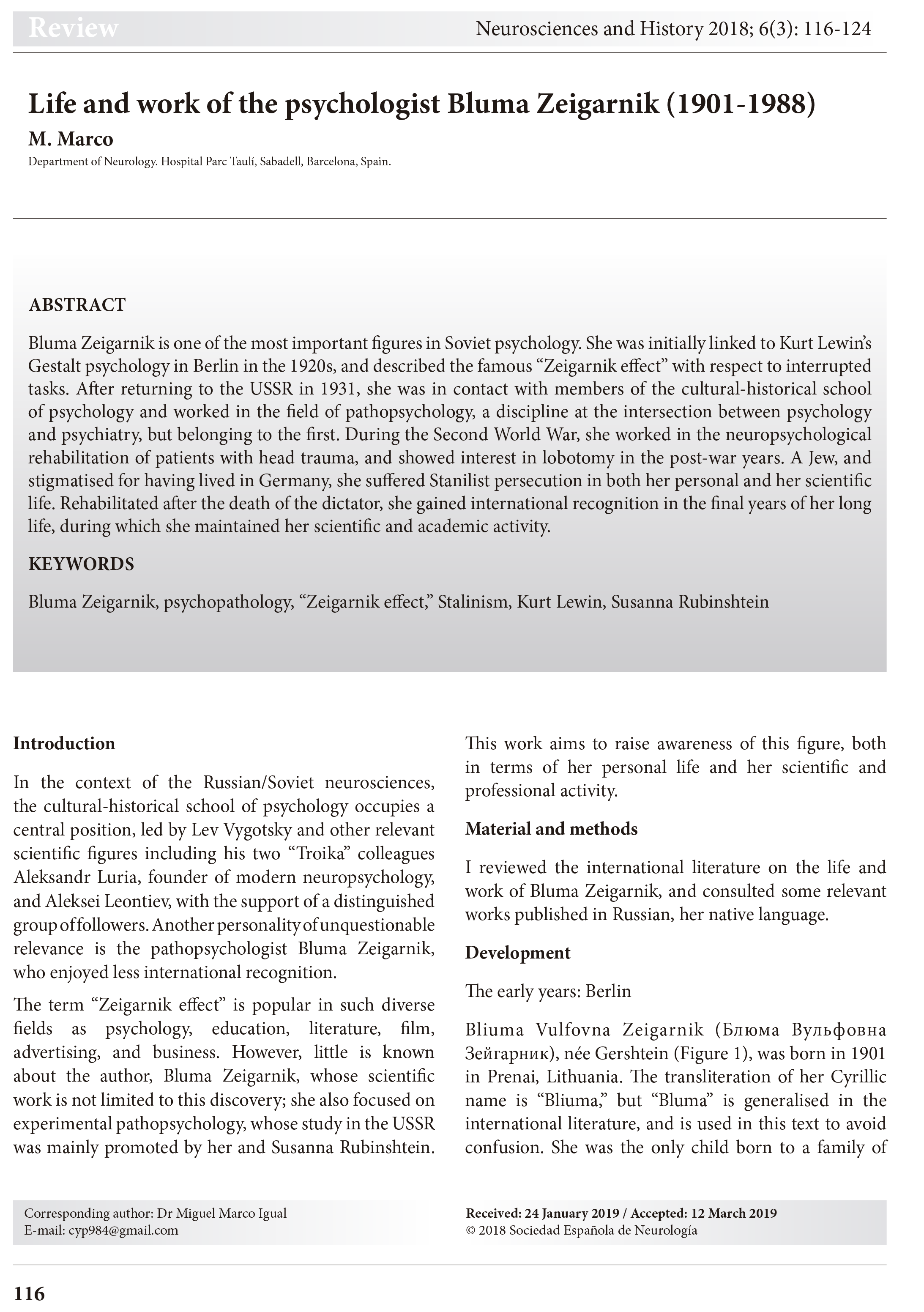 Bluma Zeigarnik is one of the most important figures in Soviet psychology. She was initially linked to Kurt Lewin’s Gestalt psychology in Berlin in the 1920s, and described the famous “Zeigarnik effect” with respect to interrupted tasks. After returning to the USSR in 1931, she was in contact with members of the cultural-historical school of psychology and worked in the field of pathopsychology, a discipline at the intersection between psychology and psychiatry, but belonging to the first. During the Second World War, she worked in the neuropsychological rehabilitation of patients with head trauma, and showed interest in lobotomy in the post-war years. A Jew, and stigmatised for having lived in Germany, she suffered Stanilist persecution in both her personal and her scientific life. Rehabilitated after the death of the dictator, she gained international recognition in the final years of her long life, during which she maintained her scientific and academic activity.