Aristotle’s “mistake”: the structure and function of the brain in the treatises on biology 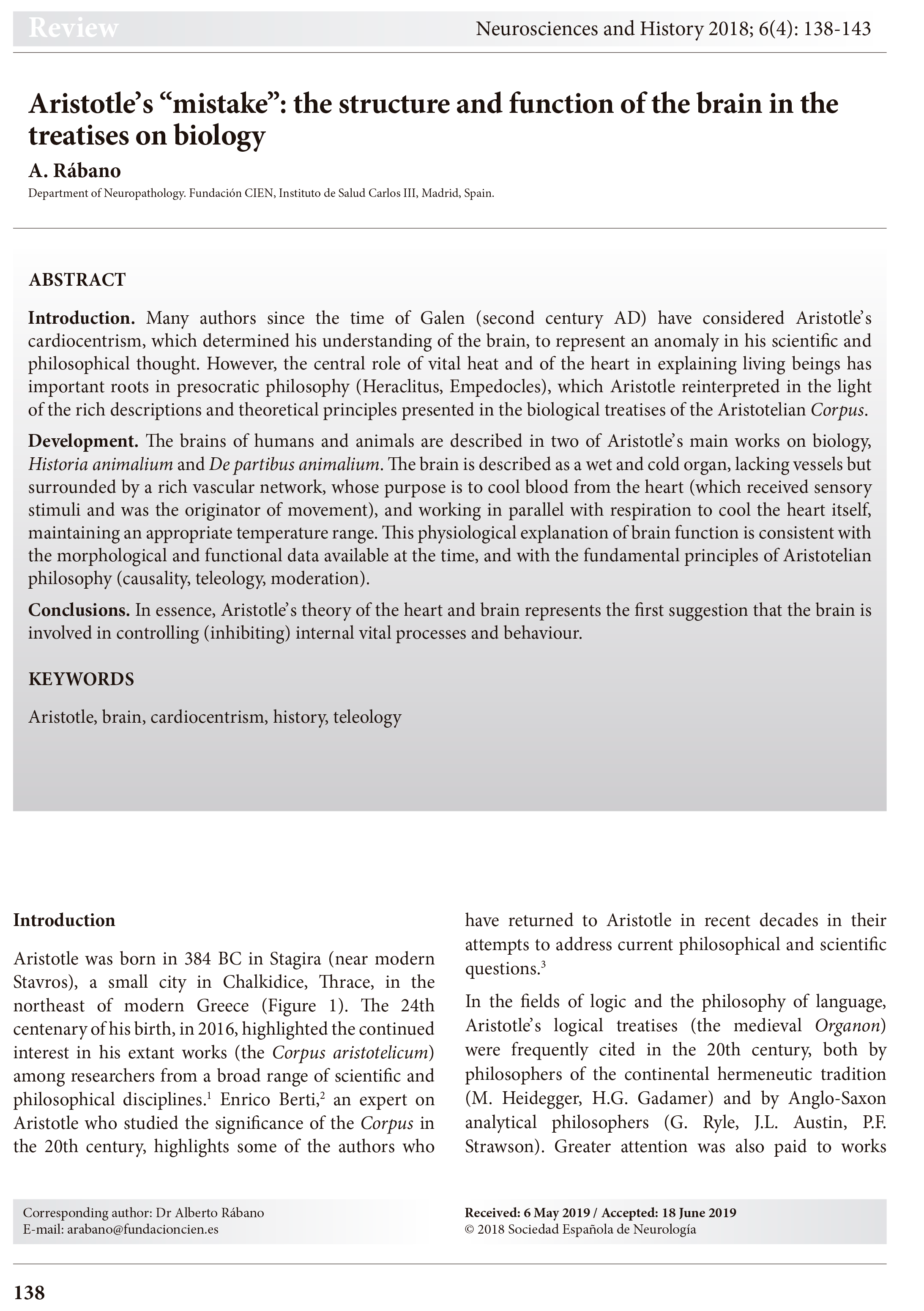 Introduction. Many authors since the time of Galen (second century AD) have considered Aristotle’s cardiocentrism, which determined his understanding of the brain, to represent an anomaly in his scientific and philosophical thought. However, the central role of vital heat and of the heart in explaining living beings has important roots in presocratic philosophy (Heraclitus, Empedocles), which Aristotle reinterpreted in the light of the rich descriptions and theoretical principles presented in the biological treatises of the Aristotelian Corpus.

Development. The brains of humans and animals are described in two of Aristotle’s main works on biology, Historia animalium and De partibus animalium. The brain is described as a wet and cold organ, lacking vessels but surrounded by a rich vascular network, whose purpose is to cool blood from the heart (which received sensory stimuli and was the originator of movement), and working in parallel with respiration to cool the heart itself, maintaining an appropriate temperature range. This physiological explanation of brain function is consistent with the morphological and functional data available at the time, and with the fundamental principles of Aristotelian philosophy (causality, teleology, moderation).

Conclusions. In essence, Aristotle’s theory of the heart and brain represents the first suggestion that the brain is involved in controlling (inhibiting) internal vital processes and behaviour.