Eugenics and euthanasia: the slippery slope crossing the Atlantic 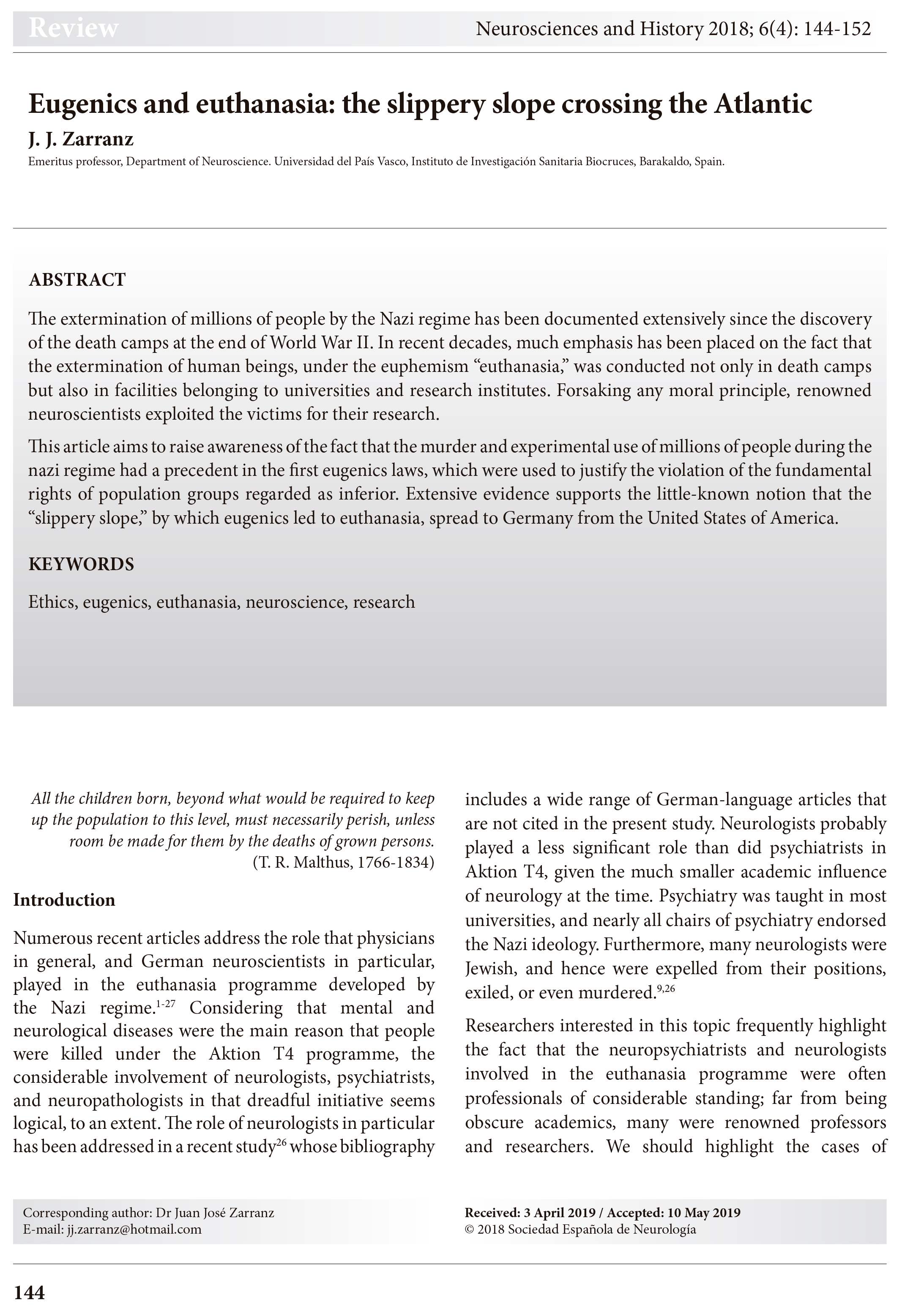 The extermination of millions of people by the Nazi regime has been documented extensively since the discovery of the death camps at the end of World War II. In recent decades, much emphasis has been placed on the fact that the extermination of human beings, under the euphemism “euthanasia,” was conducted not only in death camps but also in facilities belonging to universities and research institutes. Forsaking any moral principle, renowned neuroscientists exploited the victims for their research.

This article aims to raise awareness of the fact that the murder and experimental use of millions of people during the nazi regime had a precedent in the first eugenics laws, which were used to justify the violation of the fundamental rights of population groups regarded as inferior. Extensive evidence supports the little-known notion that the “slippery slope,” by which eugenics led to euthanasia, spread to Germany from the United States of America.