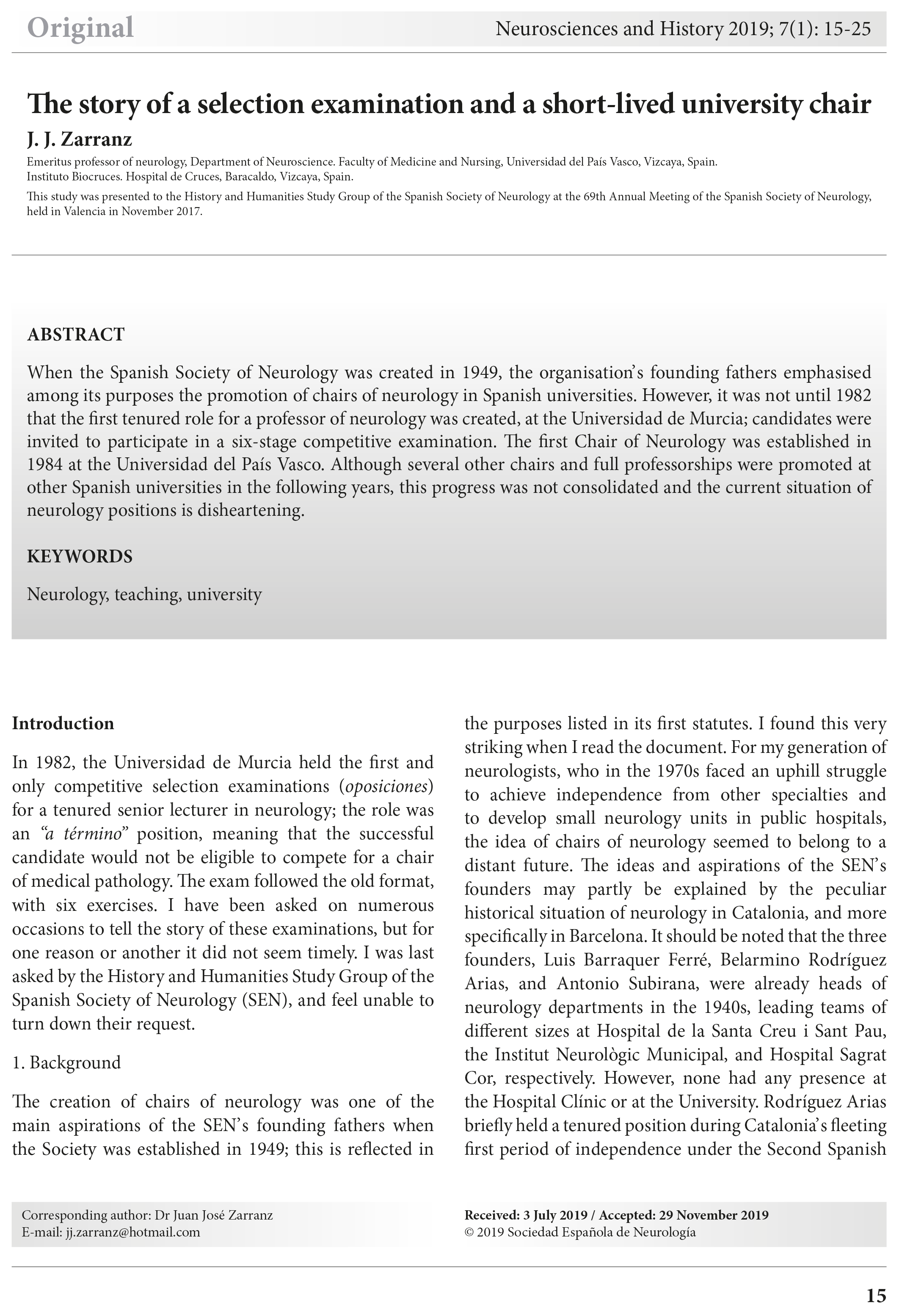 J. J. Zarranz
Emeritus professor of neurology, Department of Neuroscience. Faculty of Medicine and Nursing, Universidad del País Vasco, Vizcaya, Spain.
Instituto Biocruces. Hospital de Cruces, Baracaldo, Vizcaya, Spain.
This study was presented to the History and Humanities Study Group of the Spanish Society of Neurology at the 69th Annual Meeting of the Spanish Society of Neurology, held in Valencia in November 2017.

When the Spanish Society of Neurology was created in 1949, the organisation’s founding fathers emphasised among its purposes the promotion of chairs of neurology in Spanish universities. However, it was not until 1982 that the first tenured role for a professor of neurology was created, at the Universidad de Murcia; candidates were invited to participate in a six-stage competitive examination. The first Chair of Neurology was established in 1984 at the Universidad del País Vasco. Although several other chairs and full professorships were promoted at other Spanish universities in the following years, this progress was not consolidated and the current situation of neurology positions is disheartening.