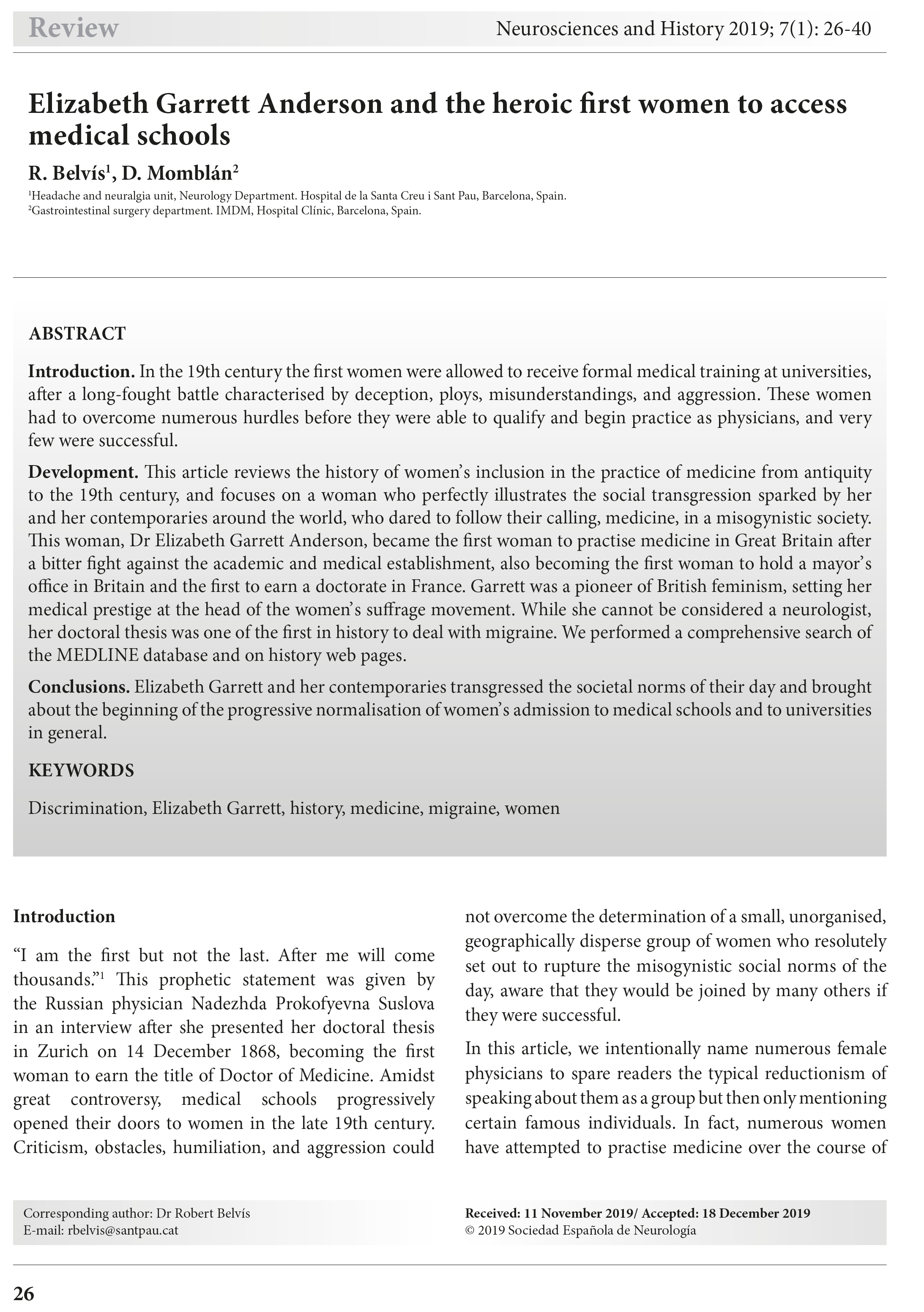 Introduction. In the 19th century the first women were allowed to receive formal medical training at universities, after a long-fought battle characterised by deception, ploys, misunderstandings, and aggression. These women had to overcome numerous hurdles before they were able to qualify and begin practice as physicians, and very few were successful.

Development. This article reviews the history of women’s inclusion in the practice of medicine from antiquity to the 19th century, and focuses on a woman who perfectly illustrates the social transgression sparked by her and her contemporaries around the world, who dared to follow their calling, medicine, in a misogynistic society. This woman, Dr Elizabeth Garrett Anderson, became the first woman to practise medicine in Great Britain after a bitter fight against the academic and medical establishment, also becoming the first woman to hold a mayor’s office in Britain and the first to earn a doctorate in France. Garrett was a pioneer of British feminism, setting her medical prestige at the head of the women’s suffrage movement. While she cannot be considered a neurologist, her doctoral thesis was one of the first in history to deal with migraine. We performed a comprehensive search of the MEDLINE database and on history web pages.

Conclusions. Elizabeth Garrett and her contemporaries transgressed the societal norms of their day and brought about the beginning of the progressive normalisation of women’ s admission to medical schools and to universities in general.