Thanks to the grasspea: a representation of lathyrism in Madrid by painter Francisco de Goya 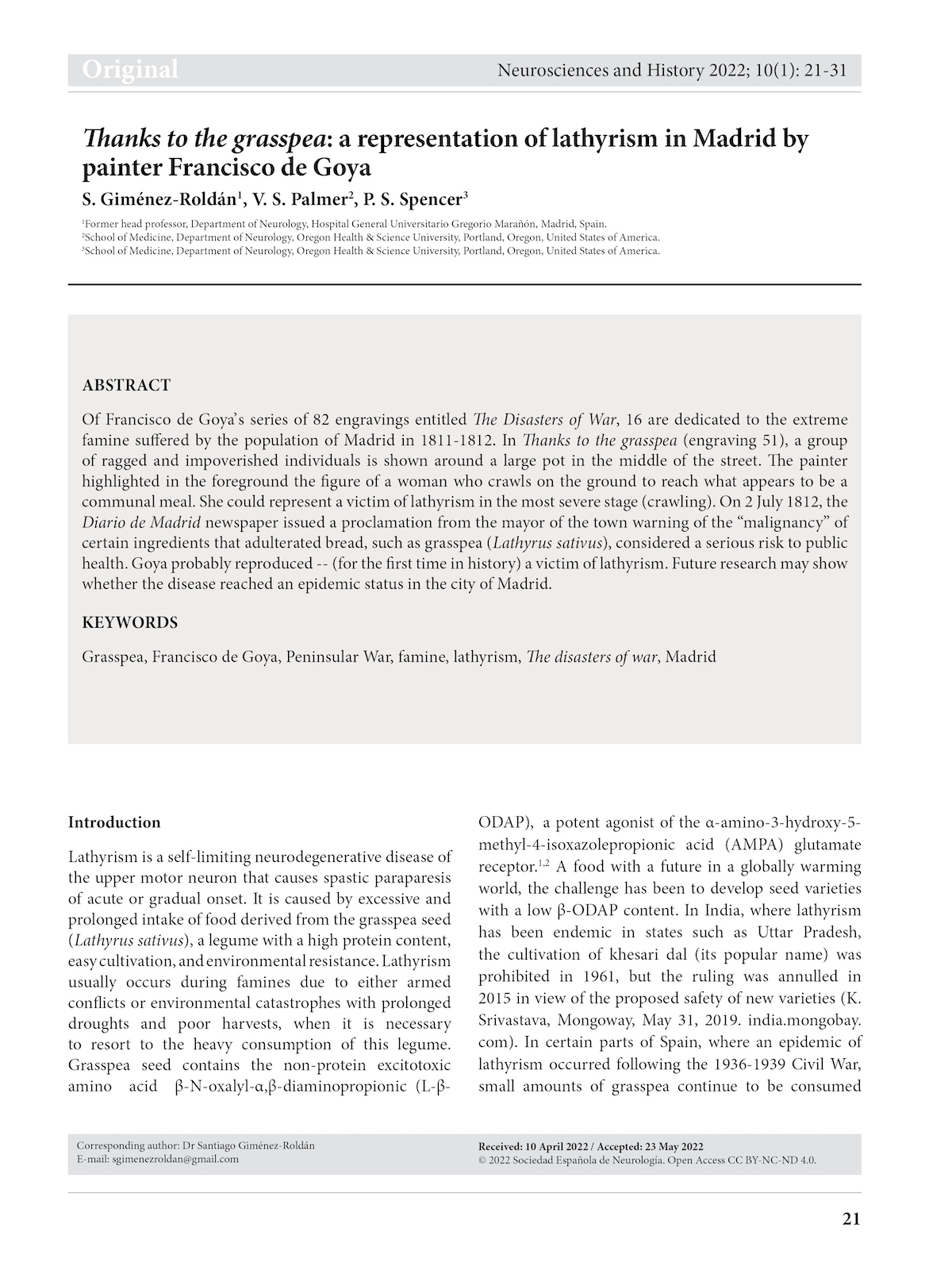 Of Francisco de Goya’ s series of 82 engravings entitled The Disasters of War, 16 are dedicated to the extreme famine suffered by the population of Madrid in 1811-1812. In Thanks to the grasspea (engraving 51), a group of ragged and impoverished individuals is shown around a large pot in the middle of the street. The painter highlighted in the foreground the figure of a woman who crawls on the ground to reach what appears to be a communal meal. She could represent a victim of lathyrism in the most severe stage (crawling). On 2 July 1812, the Diario de Madrid newspaper issued a proclamation from the mayor of the town warning of the “malignancy” of certain ingredients that adulterated bread, such as grasspea (Lathyrus sativus), considered a serious risk to public health. Goya probably reproduced -- (for the first time in history) a victim of lathyrism. Future research may show whether the disease reached an epidemic status in the city of Madrid.