The Catalan Society of Neurology: an overview of its recent history (1973-2007) 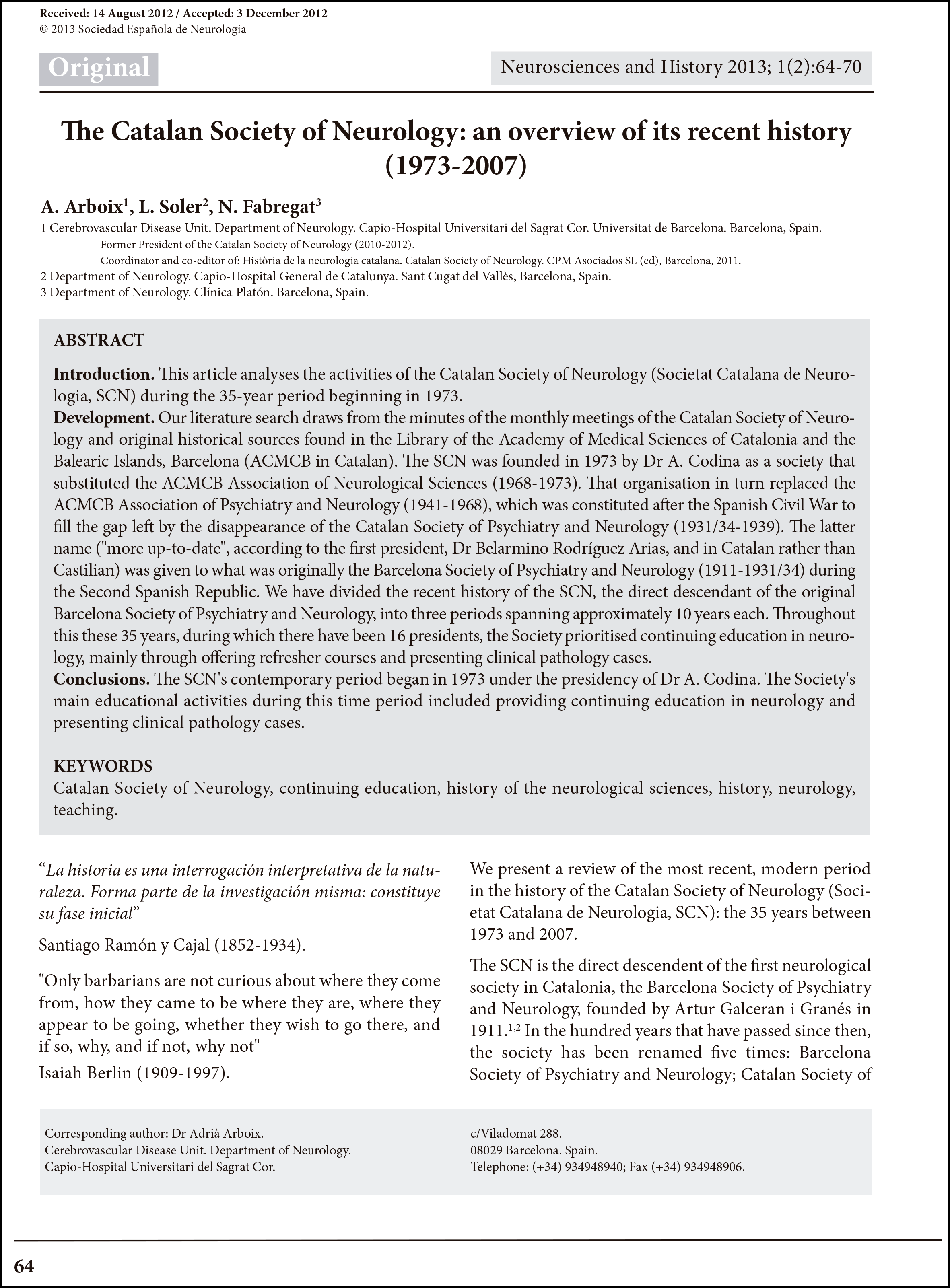 Introduction. This article analyses the activities of the Catalan Society of Neurology (Societat Catalana de Neurologia, SCN) during the 35-year period beginning in 1973.

Development. Our literature search draws from the minutes of the monthly meetings of the Catalan Society of Neurology and original historical sources found in the Library of the Academy of Medical Sciences of Catalonia and the Balearic Islands, Barcelona (ACMCB in Catalan). The SCN was founded in 1973 by Dr A. Codina as a society that substituted the ACMCB Association of Neurological Sciences (1968-1973). That organisation in turn replaced the ACMCB Association of Psychiatry and Neurology (1941-1968), which was constituted after the Spanish Civil War to fill the gap left by the disappearance of the Catalan Society of Psychiatry and Neurology (1931/34-1939). The latter name ("more up-to-date", according to the first president, Dr Belarmino Rodríguez Arias, and in Catalan rather than Castilian) was given to what was originally the Barcelona Society of Psychiatry and Neurology (1911-1931/34) during the Second Spanish Republic. We have divided the recent history of the SCN, the direct descendant of the original Barcelona Society of Psychiatry and Neurology, into three periods spanning approximately 10 years each. Throughout this these 35 years, during which there have been 16 presidents, the Society prioritised continuing education in neurology, mainly through offering refresher courses and presenting clinical pathology cases.

Conclusions. The SCN's contemporary period began in 1973 under the presidency of Dr A. Codina. The Society's main educational activities during this time period included providing continuing education in neurology and presenting clinical pathology cases.