The history of Huntington disease in Spain: first observations 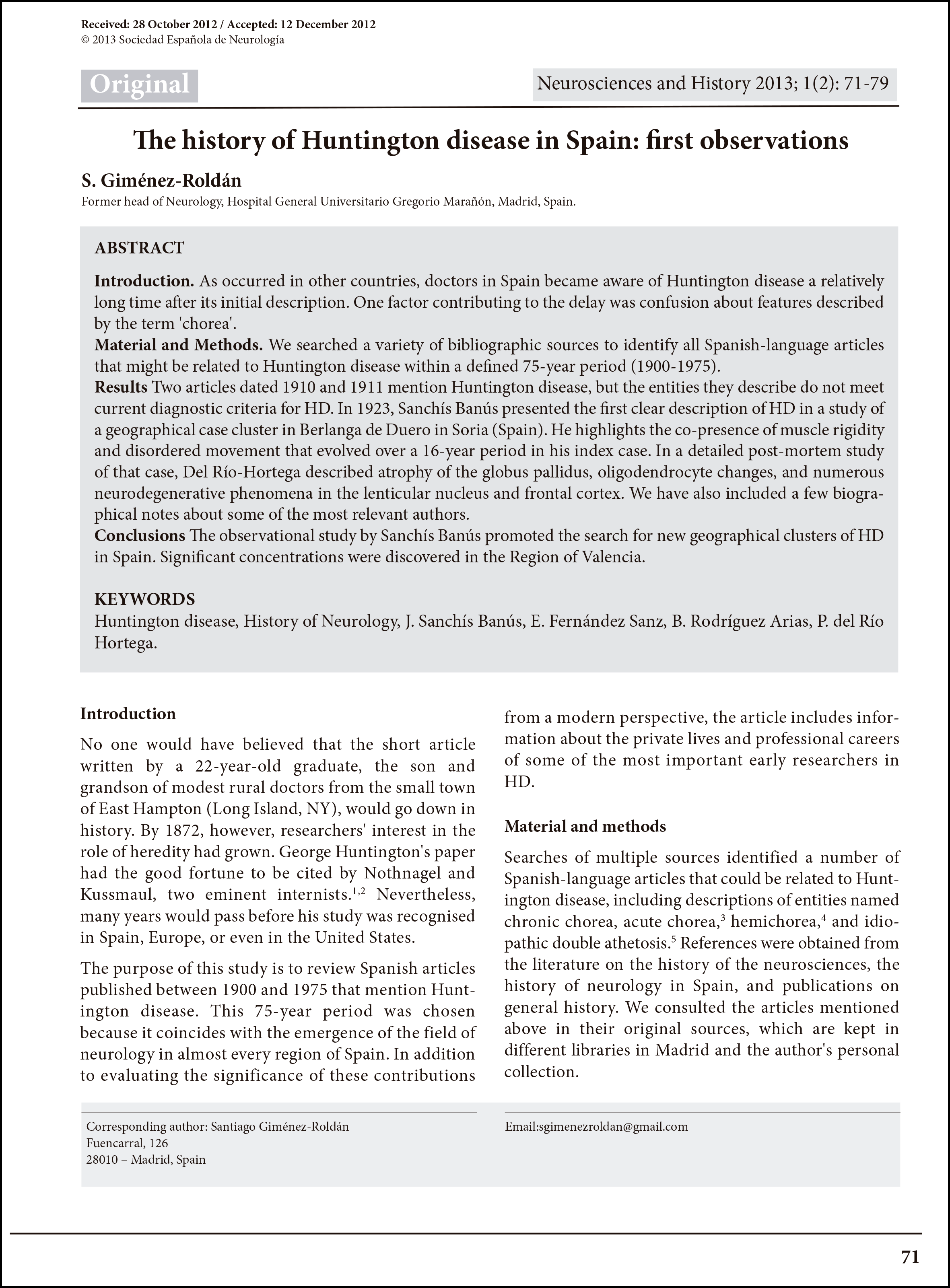 Introduction. As occurred in other countries, doctors in Spain became aware of Huntington disease a relatively long time after its initial description. One factor contributing to the delay was confusion about features described by the term 'chorea'.

Material and Methods. We searched a variety of bibliographic sources to identify all Spanish-language articles that might be related to Huntington disease within a defined 75-year period (1900-1975).

Results. Two articles dated 1910 and 1911 mention Huntington disease, but the entities they describe do not meet current diagnostic criteria for HD. In 1923, Sanchís Banús presented the first clear description of HD in a study of a geographical case cluster in Berlanga de Duero in Soria (Spain). He highlights the co-presence of muscle rigidity and disordered movement that evolved over a 16-year period in his index case. In a detailed post-mortem study of that case, Del Río-Hortega described atrophy of the globus pallidus, oligodendrocyte changes, and numerous neurodegenerative phenomena in the lenticular nucleus and frontal cortex. We have also included a few biographical notes about some of the most relevant authors.

Conclusions.The observational study by Sanchís Banús promoted the search for new geographical clusters of HD in Spain. Significant concentrations were discovered in the Region of Valencia.