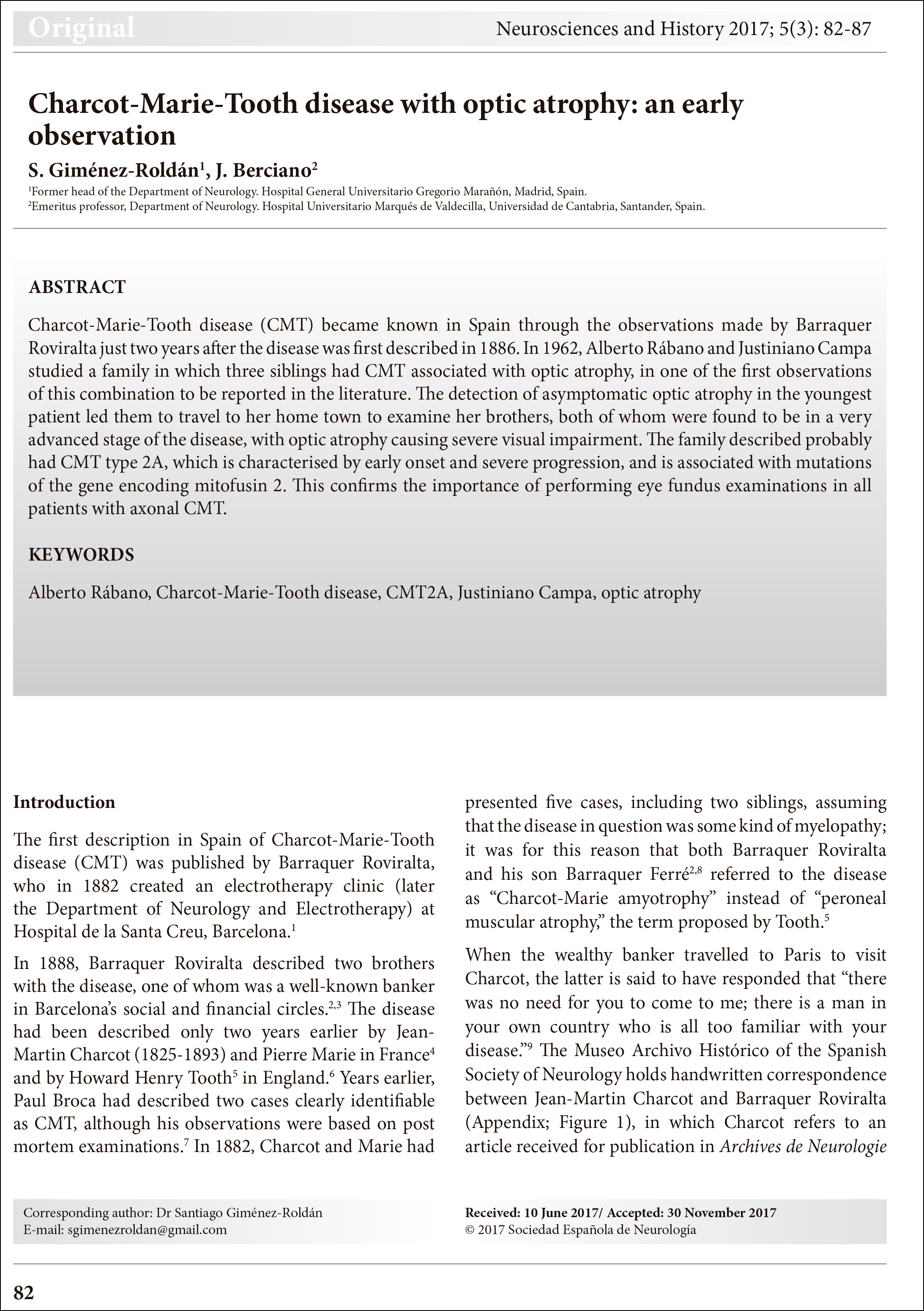 Charcot-Marie-Tooth disease (CMT) became known in Spain through the observations made by Barraquer Roviralta just two years after the disease was first described in 1886. In 1962, Alberto Rábano and Justiniano Campa studied a family in which three siblings had CMT associated with optic atrophy, in one of the first observations of this combination to be reported in the literature. The detection of asymptomatic optic atrophy in the youngest patient led them to travel to her home town to examine her brothers, both of whom were found to be in a very advanced stage of the disease, with optic atrophy causing severe visual impairment. The family described probably had CMT type 2A, which is characterised by early onset and severe progression, and is associated with mutations of the gene encoding mitofusin 2. This confirms the importance of performing eye fundus examinations in all patients with axonal CMT.