The potential influence of religious conflict on the incidence of psychosomatic disorders in the 17th century. Robert Burton’s The anatomy of melancholy 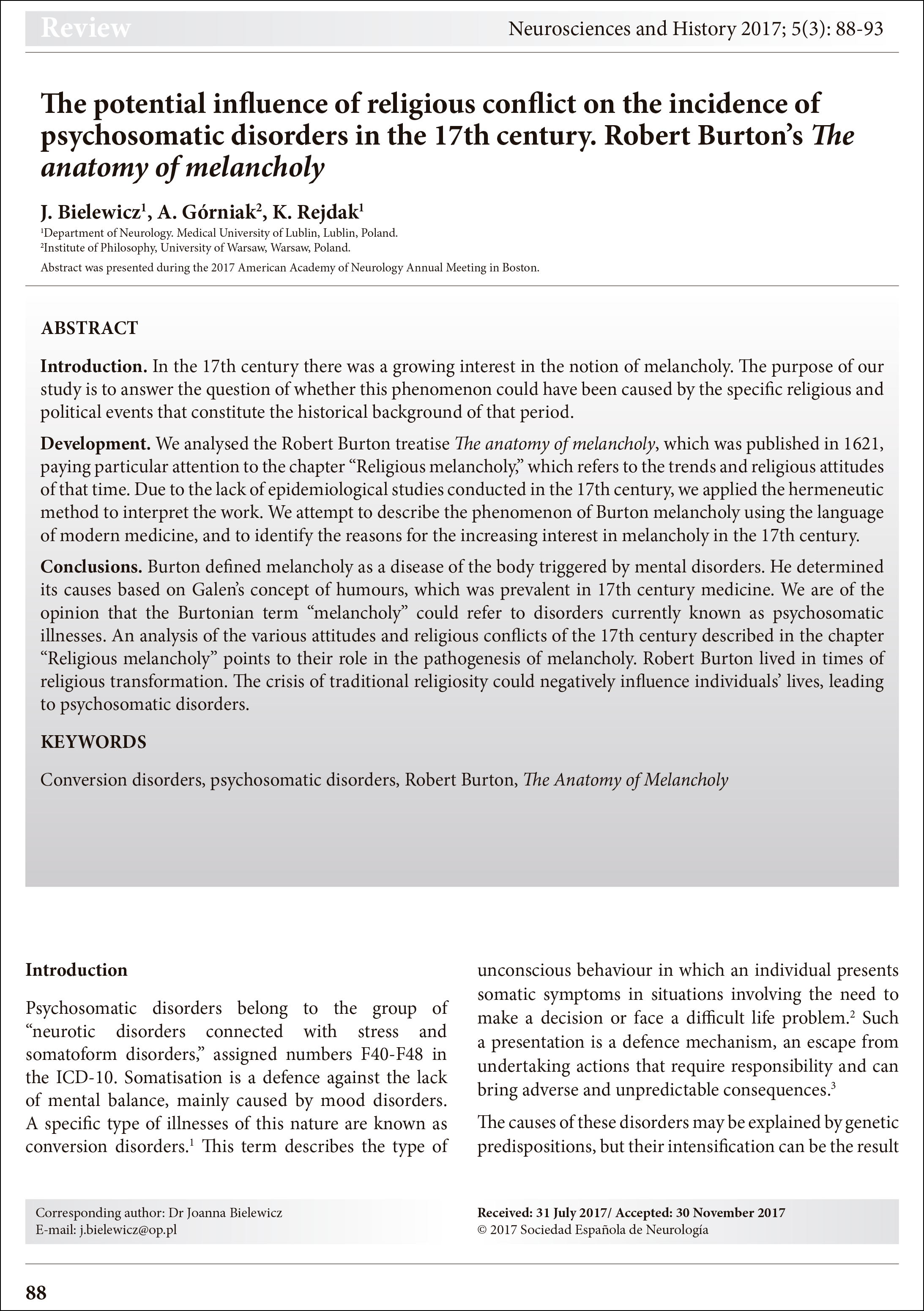 Introduction. In the 17th century there was a growing interest in the notion of melancholy. The purpose of our study is to answer the question of whether this phenomenon could have been caused by the specific religious and political events that constitute the historical background of that period.

Development. We analysed the Robert Burton treatise The anatomy of melancholy, which was published in 1621, paying particular attention to the chapter “Religious melancholy,” which refers to the trends and religious attitudes of that time. Due to the lack of epidemiological studies conducted in the 17th century, we applied the hermeneutic method to interpret the work. We attempt to describe the phenomenon of Burton melancholy using the language of modern medicine, and to identify the reasons for the increasing interest in melancholy in the 17th century.

Conclusions. Burton defined melancholy as a disease of the body triggered by mental disorders. He determined its causes based on Galen’s concept of humours, which was prevalent in 17th century medicine. We are of the opinion that the Burtonian term “melancholy” could refer to disorders currently known as psychosomatic illnesses. An analysis of the various attitudes and religious conflicts of the 17th century described in the chapter “Religious melancholy” points to their role in the pathogenesis of melancholy. Robert Burton lived in times of religious transformation. The crisis of traditional religiosity could negatively influence individuals’ lives, leading to psychosomatic disorders.