Lina Stern (1878-1968) and the blood-brain barrier. A life between Geneva and Moscow 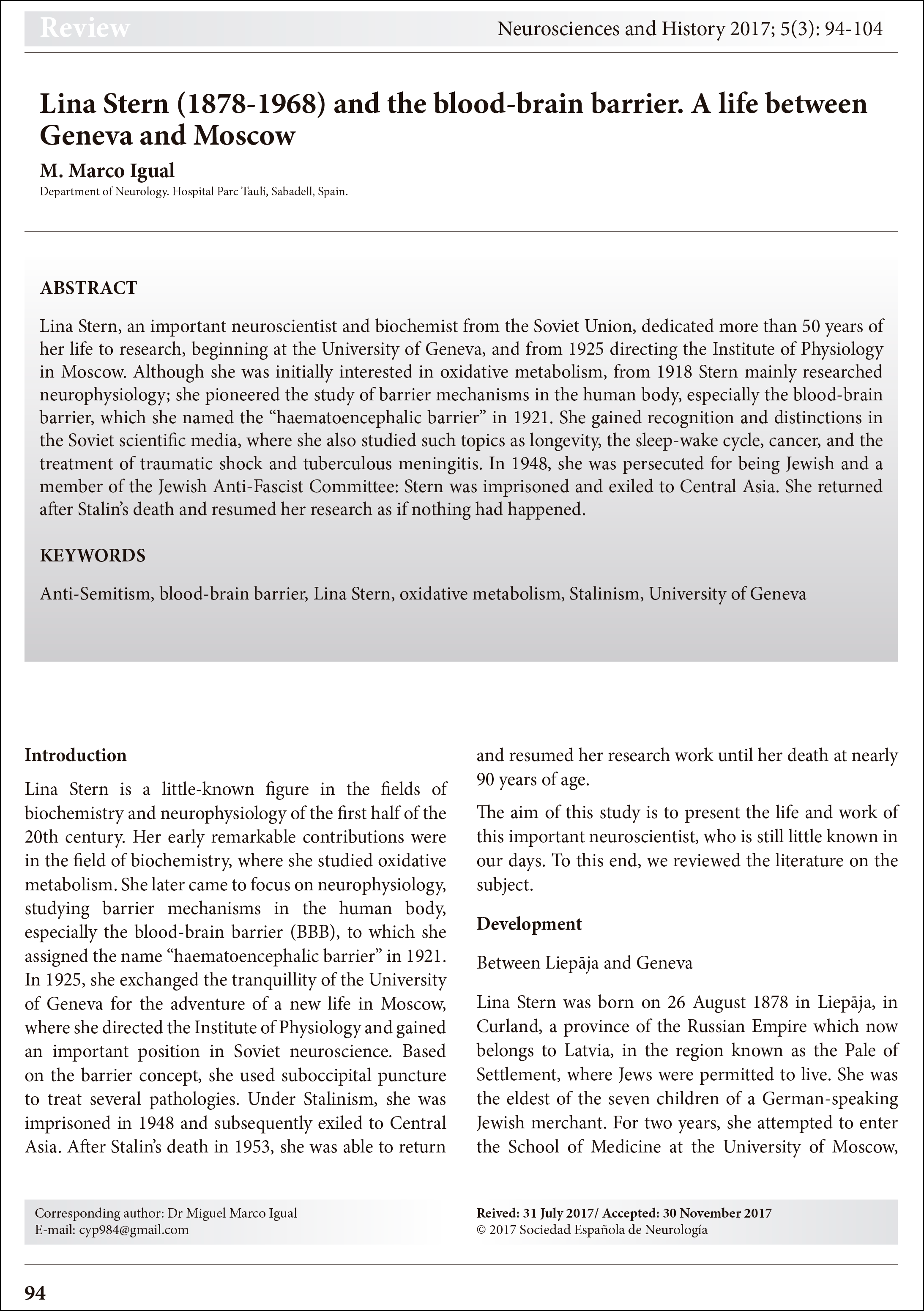 Lina Stern, an important neuroscientist and biochemist from the Soviet Union, dedicated more than 50 years of her life to research, beginning at the University of Geneva, and from 1925 directing the Institute of Physiology in Moscow. Although she was initially interested in oxidative metabolism, from 1918 Stern mainly researched neurophysiology; she pioneered the study of barrier mechanisms in the human body, especially the blood-brain barrier, which she named the “haematoencephalic barrier” in 1921. She gained recognition and distinctions in the Soviet scientific media, where she also studied such topics as longevity, the sleep-wake cycle, cancer, and the treatment of traumatic shock and tuberculous meningitis. In 1948, she was persecuted for being Jewish and a member of the Jewish Anti-Fascist Committee: Stern was imprisoned and exiled to Central Asia. She returned after Stalin’s death and resumed her research as if nothing had happened.