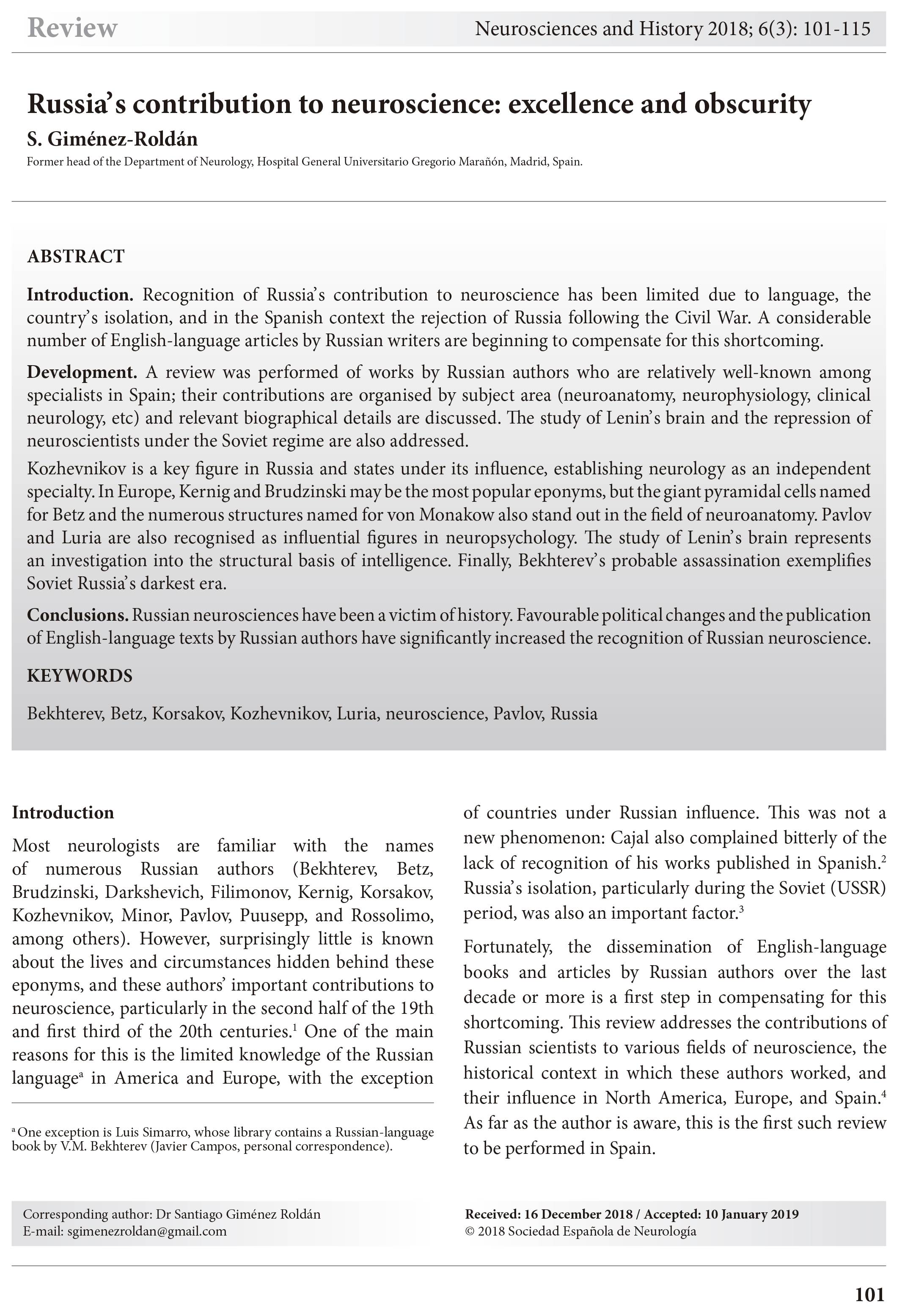 Introduction. Recognition of Russia’ s contribution to neuroscience has been limited due to language, the country’ s isolation, and in the Spanish context the rejection of Russia following the Civil War. A considerable number of English-language articles by Russian writers are beginning to compensate for this shortcoming.

Development. A review was performed of works by Russian authors who are relatively well-known among specialists in Spain; their contributions are organised by subject area (neuroanatomy, neurophysiology, clinical neurology, etc) and relevant biographical details are discussed. The study of Lenin’ s brain and the repression of neuroscientists under the Soviet regime are also addressed.
Kozhevnikov is a key figure in Russia and states under its influence, establishing neurology as an independent specialty. In Europe, Kernig and Brudzinski may be the most popular eponyms, but the giant pyramidal cells named for Betz and the numerous structures named for von Monakow also stand out in the field of neuroanatomy. Pavlov
and Luria are also recognised as influential figures in neuropsychology. The study of Lenin’ s brain represents an investigation into the structural basis of intelligence. Finally, Bekhterev’ s probable assassination exemplifies Soviet Russia’ s darkest era.